Map the course of the Pebble Mine's origin, proposal and permitting process in our time line below.

National Fisherman and Pacific Marine Expo will host a live discussion on Pebble Mine with industry leaders on Nov. 19 as part of Expo Online.

Check here for the latest news, as well as comprehensive coverage of the mine's permitting and political process.

Northern Dynasty Minerals announced this week that its appeal of the Pebble Mine decision is receiving new oversight and is likely to take a year or longer.

In November 2020, the U.S. Army Corps of Engineers rejected the mining company’s permit application to build Pebble Mine at the headwaters of Alaska’s Bristol Bay under its subsidiary Pebble Limited Partnership, following a battle among local residents, Native tribes and fishing stakeholders that spanned three decades. 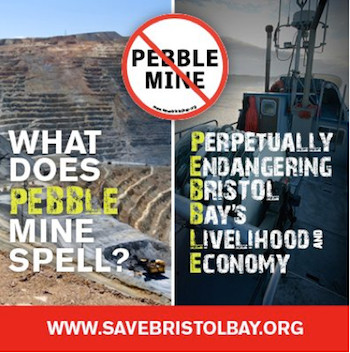 On Thursday, Sept. 9, the U.S. Environmental Protection Agency announced that it will reinstate a clean water protection proposal for Alaska’s Bristol Bay.

“This announcement is a historic step forward in the long fight to protect Bristol Bay, our fishery, and our people,” said Robert Heyano, president of United Tribes of Bristol Bay. “The people of Bristol Bay are counting on the EPA to listen to the science and finish the job of protecting our lands and waters."

The road to Pebble Mine is getting rougher.

Pedro Bay Corp., a Native organization in Alaska’s Bristol Bay region, announced late last month that nearly 90 percent of its shareholders voted in favor of conservation easements for more than 44,000 of the corporation’s 92,100 acres of land in southwest Alaska. The agreement would make the land off-limits to development, including Pebble Corp.’s proposed mining road.

“This transaction supports the values of our community members by protecting their land, their subsistence, and their traditional way of life,” said Pedro Bay Corp. CEO Matt McDaniel in a statement. “This is an opportunity that will provide our community benefits and economic value in perpetuity. After years of consideration, the shareholders have now made an informed decision on how to manage and protect their privately held ancestral lands.”

February 2, 2021
Bristol Bay leaders call to close the door on Pebble Mine

With appeals flying in efforts to overturn the U.S. Army Corps of Engineers' denial of the Pebble Mine permit in Alaska's Bristol Bay, Bristol Bay's Tribes and residents have released a call for permanent protections for the region.

On Jan. 8, Alaska Gov. Mike Dunleavy announced the state's intentions to appeal the decision. The Pebble Partnership followed with a Jan. 21 filing, requesting the Army Corps of Engineers to reverse its denial of the proposed mine's Clean Water Act dredge and fill permit.

On Jan. 8, Alaska Gov. Mike Dunleavy announced the state would take action to appeal the U.S. Army Corps of Engineers' decision to deny a permit application for the Pebble Mine.

"Bristol Bay residents and Alaskans have been clear that we will not trade one of the world's last robust salmon fisheries for a gold mine, and the Army Corps decision affirmed that this toxic project is too risky for our home and does not serve the public interest," said United Tribes of Bristol Bay Deputy Director Lindsay Layland, who participated in our Expo Online Pebble Mine panel in November.

A group of shareholders filed a class action lawsuit against Northern Dynasty, claiming the company and its directors misled shareholders about the viability of the proposed Pebble Mine and that its stock prices were artificially inflated between Dec. 21, 2017, and Nov. 25, 2020.

On Wednesday, Nov. 25, the U.S. Army Corps of Engineers denied the permit application for the proposed Pebble Mine, an open-pit copper, gold and molybdenum extraction project proposed for the headwaters of Bristol Bay, North America's most prolific salmon habitat. 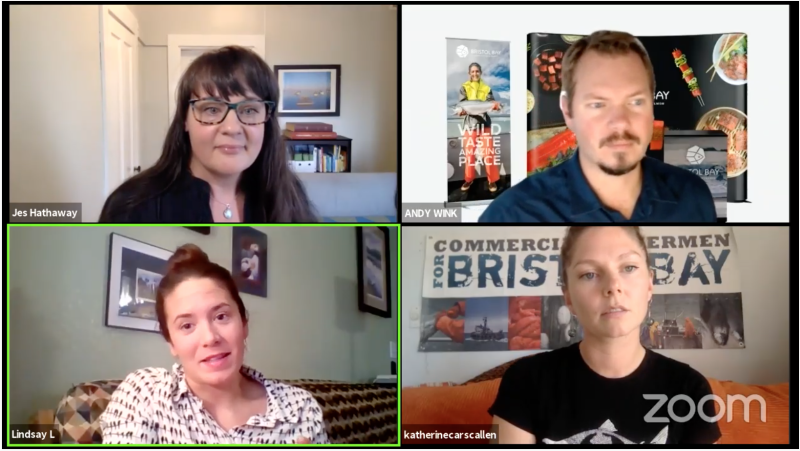 Would the proposed Pebble Mine and its earthen containers of toxic byproduct stand up to Alaska’s seismic activity? This was the question on many minds at the beginning of the year, following a 3.6-magnitude quake in the Bristol Bay region in late January and a documented increase in earthquakes in the state over the last two years.

October 30, 2020
Dig and dash: New Pebble Mine tapes show who pays the bills

Northern Dynasty's Ronald Thiessen says the state of Alaska will pay $1.5 billion for mine infrastructure, plays up prior investor pull-outs as beneficial for funding Pebble's permitting process. 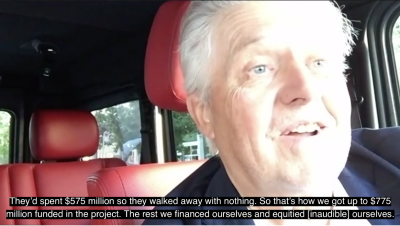 "Your letter does not address Pebble’s blunt characterization of you and others within your administration as acting behind closed doors on Pebble’s compensatory mitigation plan," Edgmon writes in an Oct. 26 reply to the governor, which started with a September message from Edgmon and Stutes. "Similarly, we note that your letter does not address Tom Collier’s admissions that he interfered in Alaska’s election process. Silence on these points undercuts the integrity of state government in ways that go far beyond Pebble, and we urge you to speak to them."

An Oct. 10 fisheries-focused debate between Alaska's senatorial candidates Al Gross and Dan Sullivan addresses the topic of Pebble Mine and Sullivan's campaign contributions from Pebble and Northern Dynasty executives and lobbyists.

October 6, 2020
Alaska reps call out governor on Pebble; he snaps back

Alaska Reps. Bryce Edgmon (D-Dillingham) and Louise Stutes (R-Kodiak) last week penned a letter to Gov. Mike Dunleavy, asking the state's top executive not to stand with the Pebble Limited Partnership as it seeks to advance its permit with the U.S. Army Corps of Engineers.

Sen. Maria Cantwell (D-Wash.) called for a federal investigation of the testimony and documents submitted by Pebble Partnership CEO Tom Collier and other executives in support of the proposed Pebble Mine in Alaska's Bristol Bay region. 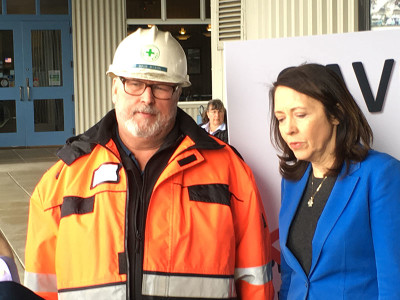 The Pebble Partnership's CEO Tom Collier has resigned in the fallout of secretly recorded videos that were posted online Monday, Sept. 21.

A series of recorded video calls shows Pebble Limited CEO Tom Collier and Northern Dynasty President and CEO Ronald Thiessen detailing their access to Alaska Gov. Mike Dunleavy's office, the White House chief of staff, the Army Corps of Engineers, as well as a confirmation of the partnership's plan to deceive the public through the permitting process and open a back door to a massive mine in Alaska's Bristol Bay region. 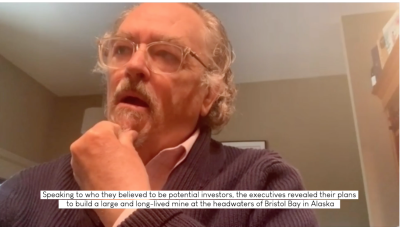 September 8, 2020
'An insult to the process': Alaskans voice opposition to fish board appointments

Hundreds of Alaskans gave legislators an earful at recent hearings on controversial appointees to the Board of Fisheries, which oversees management of the state’s subsistence, commercial, sport and personal-use fisheries.

Two unconfirmed and controversial Alaska Board of Fisheries members — including a Pebble Ltd. employee — will likely be voting on issues in meetings that begin in October and run through mid-March.

The U.S. Army Corps of Engineers submitted a letter to the Pebble Partnership on Monday, Aug. 24, notifying the company that its project is not permissable under section 404 of the Clean Water Act as currently proposed. The partnership has 90 days to submit a mitigation plan. 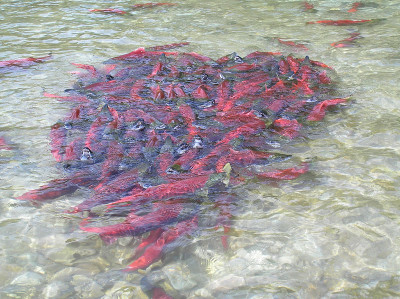 Alaska Department of Environmental Conservation Jason Brune must recuse himself from reviewing a federal water quality permit for the proposed Pebble mine, given his history as a lobbyist for the project backers and pubic advocacy for the mine, the Commercial Fishermen for Bristol Bay said in an Aug. 17 letter to Gov. Mike Dunleavy.

August 11, 2020
Pebble Mine plan continues its tour of D.C. politics

The political football that is Pebble Mine spiraled into the House of Representatives on Monday after presumptive Democratic nominee Joe Biden declared his support for the fishing and Native communities of Alaska's Bristol Bay over the weekend. Just last week, Donald Trump Jr. tweeted his opposition to the mine.

Following years of the Trump administration's open support for Pebble Mine, a tweet from Donald Trump Jr. has tossed a virtual bone to the thousands of Americans who have been fighting the controversial mine's development and permitting process.

As fishermen in Alaska's Bristol Bay region started to file in off the water on Friday, July 24, the U.S. Army Corps of Engineers' Final Environmental Impact Statement for the proposed Pebble Mine hit the Federal Register with a thud. 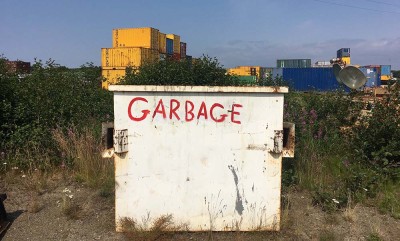 Istumbled on a 1970 article reporting a "Bristol Bay bonanza" out of King Salmon, Alaska. The catch of sockeye salmon through July 16 was 19.5 million, with managers projecting a total of 38 million for the season. Fifty years later, Bristol Bay fleets had landed 25 million fish through July 12, 2020. The current 10-year average for the Bristol Bay run is just shy of 45 million.

Alaska Gov. Mike Dunleavy’s selections to the state Board of Fisheries will get a legislative hearing in early fall, and the call is out for public comments.

As we sent this issue off to the printer, the Bristol Bay fleet was descending on Naknek, King Salmon and Dillingham, provisioning boats, preparing crew and tuning up engines. You all are in our thoughts.

The biggest red salmon run in the world is building at Bristol Bay. Up to 50 million fish could surge into its eight river systems in coming weeks, on par with past seasons. When it’s all done, the fishery will provide nearly half the global supply of wild sockeye salmon. But this summer is different.

May 26, 2020
Bait and switch: Pebble Mine plan scales up with no public input

"Have you submitted a document on this much smaller mine, showing it's financially viable to the Corps of Engineers that is a certifiable, real analysis?" Rep. Peter DeFazio asked Pebble Corp CEO Tom Collier at a House subcommittee hearing in October 2019. "No," Collier replied. 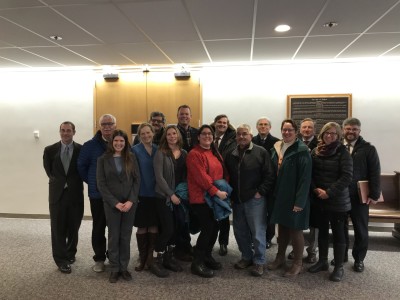 April 9, 2020
Hey from the bay: Alaska salmon update, Pebble Mine permit, Board of Fish fast one

I got the word direct from Dillingham today when I caught up with Katherine Carscallen, director of Commercial Fishermen for Bristol Bay, a third-generation Bristol Bay fisherman and resident of Dillingham, Alaska, in Bristol Bay. 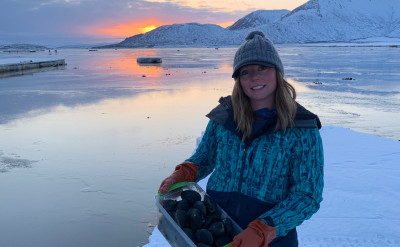 As the spread of coronavirus shut down commercial fishing and seafood supply chains and restaurants throughout the country in March, stakeholders on every coast jumped to action to find ways to support local wild fisheries, keep fishermen fishing and put some of the world's finest protein on the tables of sequestered American consumers.

I sat down for a quick interview with Andy Wink, executive director of the Bristol Bay Regional Seafood Development Association, on what the association is doing to prepare for the 2020 season. 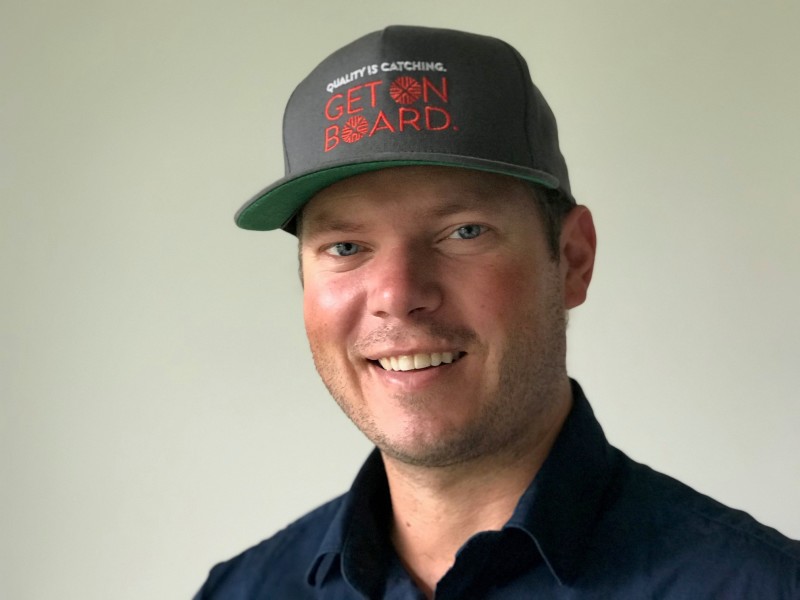 On Monday, March 2, members of the Bristol Bay Defense Alliance testified in federal district court in support of a lawsuit the group filed against the Environmental Protection Agency in October.

On Wednesday, Feb. 12, the U.S. Army Corps of Engineers reportedly conceded that there may be a new hurdle on the horizon for Pebble Mine permitting.

An earthquake in the region alerts residents and stakeholders to the inherent risk associated with building a mine and toxic tailings pond in the region. 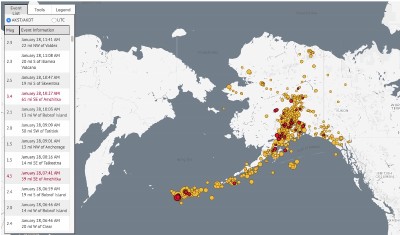 On Friday, Dec. 20, the United Tribes of Bristol Bay and Commercial Fishermen for Bristol Bay released a joint response to a CNN investigative report that accused Alaska Gov. Mike Dunleavy of collaborating with the Pebble Limited Partnership to lobby on the corporation's behalf. 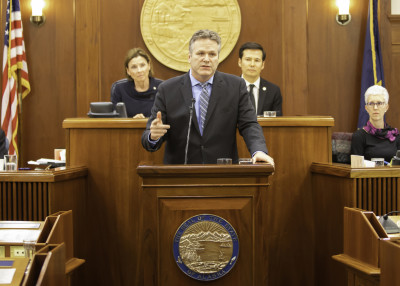 Bristol Bay leaders call to close the door on Pebble Mine