Eight years ago this week, representatives of Bristol Bay Tribes, commercial fishermen, seafood processors, Pacific Northwest and Alaska fisheries, local chefs, and other stakeholders convened in Seattle for a rally to urge the U.S. EPA to veto Pebble Mine.

Most of us are well aware of the fact that the fight to stop the construction of this mine at the headwaters of Bristol Bay’s world-famous and unparalleled salmon streams has been ongoing for more than two decades.

This anniversary of the rally, organizers say, is the perfect time to remember that permanent protections are the only solution that will end this fight.

“I am tired of being held hostage by the cloud that this type of development has settled over our region. I am tired of watching my friends and family wonder: If this happens, how will we feed our children? How will our culture survive?” said Alannah Hurley, executive director of the United Tribes of Bristol Bay, at the rally on Jan. 23, 2014. “The people of Bristol Bay are sick and tired of the uncertain fate of our watershed that has fed the hearts and souls of our people for thousands of years.”

Hurley was side by side with Sen. Maria Cantwell (D-Wash.) and Seattle Chef Tom Douglas, among hundreds of supporters of the Bristol Bay-driven mission to stop Pebble Mine.

“The science is in,” Cantwell said. “Oil and water don’t mix. And neither do salmon and toxic mining pollution.”

Eight years later, there is still a gap in red tape wide enough to drive a mine through.

“All this economic activity, these thousands of jobs, the incredible community that we have up in Bristol Bay — all of it depends on wild salmon and a clean, preserved Bristol Bay watershed,” said Ben Blakey, president of Northline Seafoods. 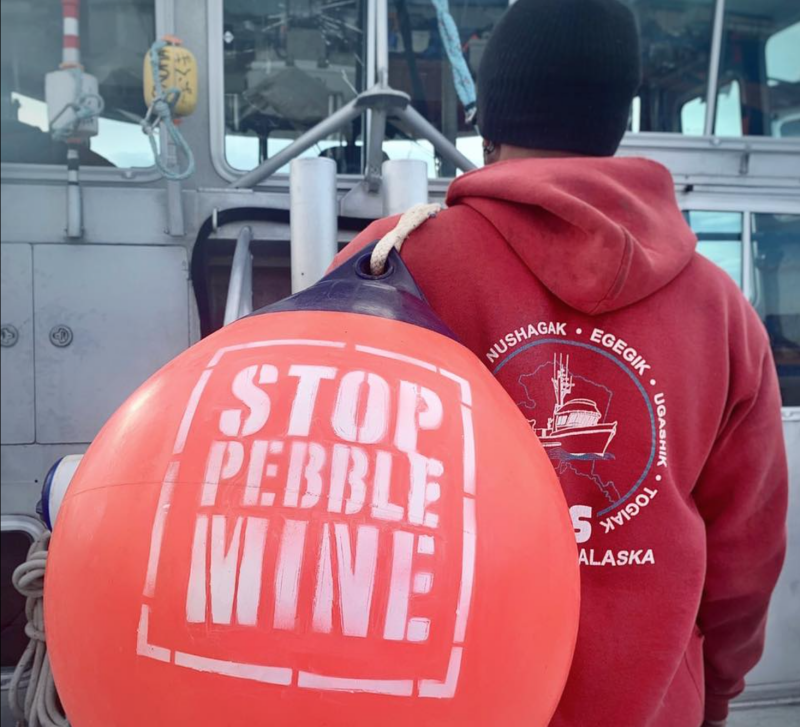 The Environmental Protection Agency should use its authority under section 404(c) of the Clean Water Act to veto the Pebble Mine. No other approach can create the immediate safety net for those who depend on Bristol Bay. The U.S. Army Corps of Engineers, the U.S. Fish and Wildlife Service, and the Environmental Protection Agency have all concluded that Pebble Mine will permanently damage Bristol Bay and its fishery.

To ensure that Bristol Bay's protections are not reversed by future administrations, Congress should introduce and pass the Bristol Bay National Fisheries Area Act that will provide federal protection for the watersheds — and fisheries — of Bristol Bay in perpetuity. This legislation should permanently ban any toxic mine waste from the proposed Pebble Mine and large scale projects like it that would harm Bristol Bay’s rivers, lakes and wetlands.

“For two decades, the people of Bristol Bay have fought to protect our home from the threat of mines like Pebble because we recognize that our clean waters and lands are more precious than gold,” said United Tribes of Bristol Bay Board President Robert Heyano, a National Fisherman Highliner. “Pebble ignored the people of Bristol Bay at every step of the way, and continues to try to use politics and lies to advance this project and manipulate investors. Enough is enough. We need permanent protections that will provide us with certainty that projects like Pebble will never be allowed to devastate every facet of life in Bristol Bay.”