Here’s a salute to Oregon Gov. Kate Brown, who this week broke a legislative logjam to cut carbon emissions. Unchecked carbon pollution is emerging as the largest looming threat to fisheries, which supply tens of thousands of jobs and millions of meals from waters of the Pacific Northwest, and more than a million jobs nationwide.

A bitter, drawn-out fight in Oregon’s Legislature saw minority Republicans twice block a quorum on climate legislation by walking out instead of getting outvoted. So on Tuesday, March 10, Brown busted a new move: Cutting carbon pollution by executive order.

Will it stick? That’s an open question. But win, lose or draw, Brown’s action shows a willingness to experiment in tackling a vital problem for the future of Oregon.

That’s a win for all of us who produce or enjoy seafood. It's even a win for those who don’t, but who are just grateful to be breathing.

Innovation and courage have been a hallmark of state leadership to clean up carbon pollution for more than decade. States on both the East and West coasts are doing their job as America's civic laboratories: They are steadfastly chipping at the carbon crisis that Congress has been unable seriously to address, and that our current president derides as a hoax. Thankfully, we have state leaders who know better. 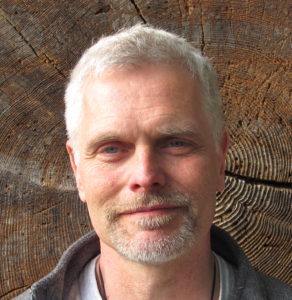