Following a contentious Board of Fisheries meeting earlier this month, Alaska Gov. Mike Dunleavy’s state-run Facebook page published a message from Department of Fish and Game Commissioner Doug Vincent-Lang praising the outcome of the meeting and making a clear allocative preference for sport and personal use fishery users over others — particularly commercial fishermen.

The lead-in text of the post reads, “Alaskans in southcentral had some big wins from the recent Board of Fisheries meeting” but failed to note that such “wins” are allocative, as was described by Vincent-Lang.

The posted video lauded Board of Fisheries decisions that would decrease harvest opportunities for Alaskan commercial fishermen in the Cook Inlet Region in order to create a new personal use fishery in the Susitna River and increase sockeye and king salmon escapements to the Kenai River.

While the Board of Fisheries is tasked with making allocative decisions, the State of Alaska manages and conserves a vibrant diversity of fisheries for the benefit and well-being of all Alaskans – whether they are subsistence harvesters, recreational users, commercial harvesters, seafood consumers or personal use fishermen. United Fishermen of Alaska, Alaska’s statewide commercial fishing trade association, is disappointed at this recent departure from the department’s longstanding policy of remaining neutral on allocative decisions. 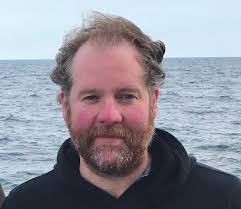 Matt Alward, president of United Fishermen of Alaska, runs a salmon seiner and lives in Homer.

“The celebration of allocative decisions that result in winners or losers is an inappropriate response for the governor’s office and the Alaska Department of Fish and Game commissioner to declare, especially when it is their responsibility as state officials to represent all Alaskans, which includes many user groups and economies,” said Matt Alward, President of UFA. “There are winners and losers at virtually every Board of Fisheries meeting… It is imperative that the department remains neutral on allocative issues while providing the best available science and advocates for the resource, not individual user groups.”

UFA supports Alaskans’ ability to put food on their plates in a variety of ways. For those Alaskans who don’t have the time, money, desire, or ability to sport or personal-use fish, the commercial fishing industry is their access to Cook Inlet’s shared sustainable salmon resource.

In Cook Inlet, 82 percent of drift and setnet salmon permit holders are Alaska residents who provide local salmon to thousands of Alaskans. All told, in 2019 Cook Inlet commercial fishermen and three local processors provided over 2.6 million pounds of seafood to markets and restaurants on the Kenai Peninsula, Anchorage and communities in the Valley for Alaskan’s consumption.

Additionally, 258 Alaskan commercial fishermen, many of whom fish in Cook Inlet, provide seafood access for individual residents — their families, friends and neighbors in Alaskan communities across the state. With only 160,000 resident sport fishing licenses sold across the state each year, Alaskans' best access to seafood resources is through the commercial fishing industry.

Alaska’s seafood industry employs nearly 60,000 workers annually in Alaska, making it the state’s largest private sector employer. It further contributes $2.1 billion in labor income, second only to oil and gas among private sector industries. There are 6,600 resident-owned fishing vessels in the state with each fishing operation representing a business that is generating income from a 100 percent renewable resource.

The commissioner stated in his recorded remarks, “All in all this was a win for recreational fishermen and personal fishermen in the state — and a win for conservation because we ended up not only providing some additional harvest opportunities, but we took some real solid steps in conserving these fish stocks for future generations.”

UFA is disappointed the commissioner chose to celebrate through a state-sponsored communication platform the positive outcomes for recreational and personal use fishermen, without even acknowledging the associated cost to other user groups. The remarks communicate a blatant disregard for the losers in this scenario, namely Alaskan residents who depend on commercial fisheries in the Cook Inlet Region, and the individual Alaskans who access the resource by purchasing commercially harvested fish

Alaska’s commercial fishing industry is as committed to sustainable wild runs and conservation efforts as their sports and personal use fishing counterparts. The implication of this statement, and the use of a state-sponsored platform, suggests a strong preference towards certain user groups, agendas, and regions and sends a message that Alaska is not “open for business” for commercial fishing.