Reportedly, the salvage crew set up an anchor and barge and placed a series of oil rig anchors. Then they welded pad eyes on the North Star. With a set of tugs pushing from the starboard side, a crew on the portside winching the rig toward the barge, and a load of pumps, they got the vessel back on her keel. 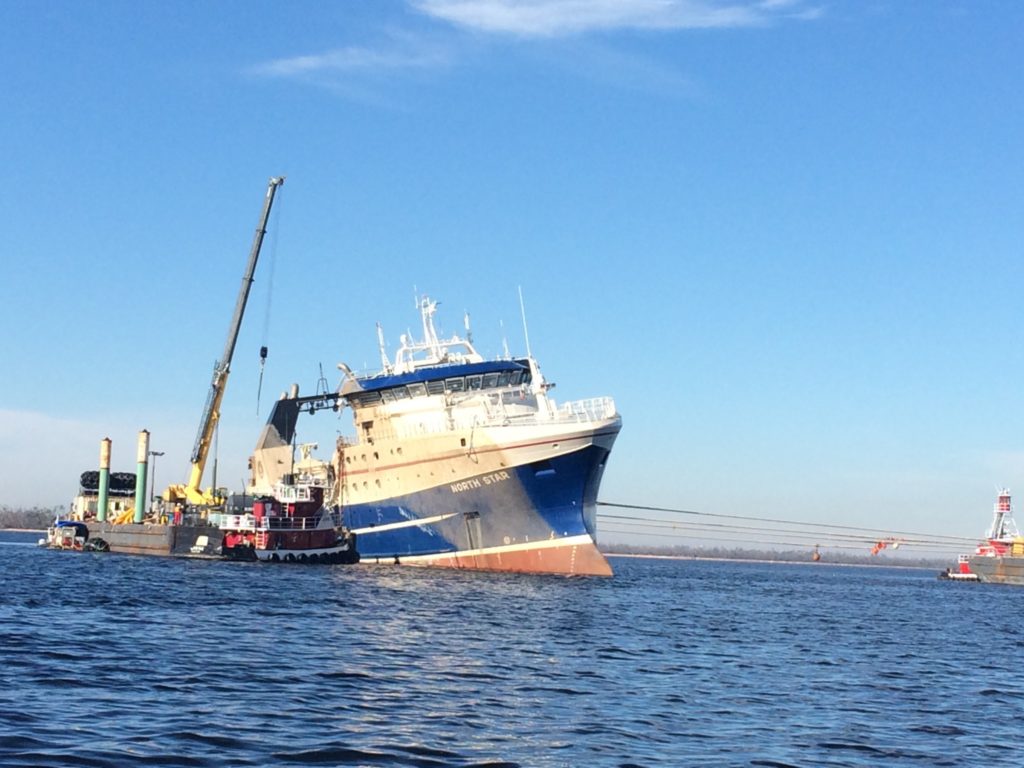 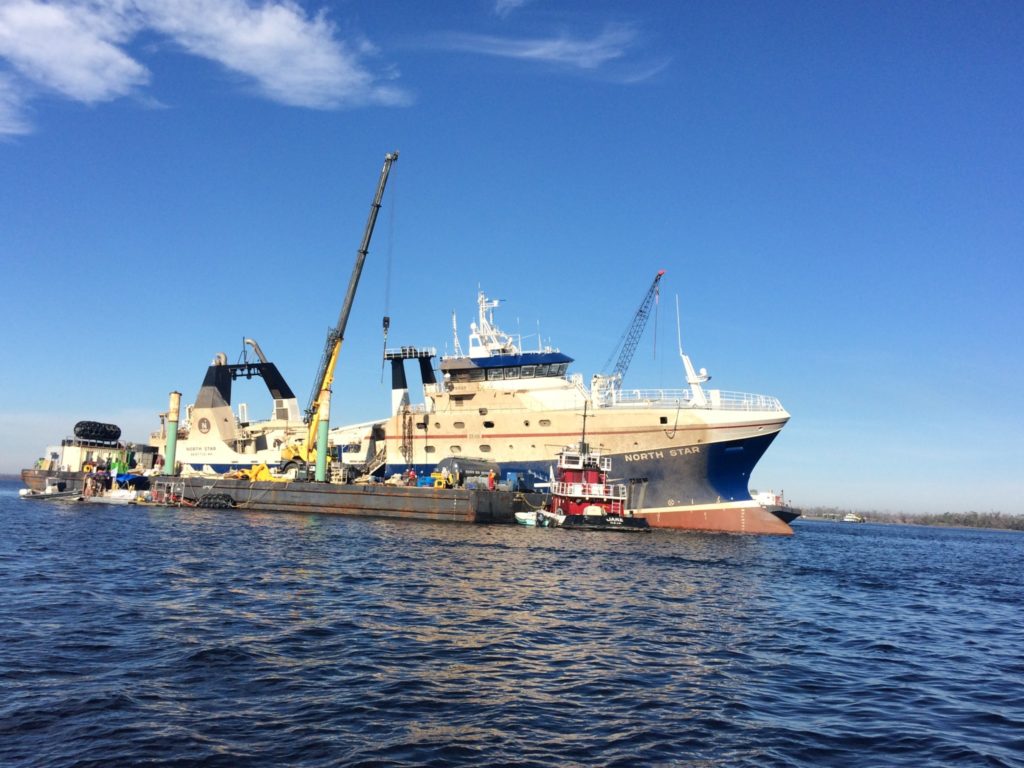 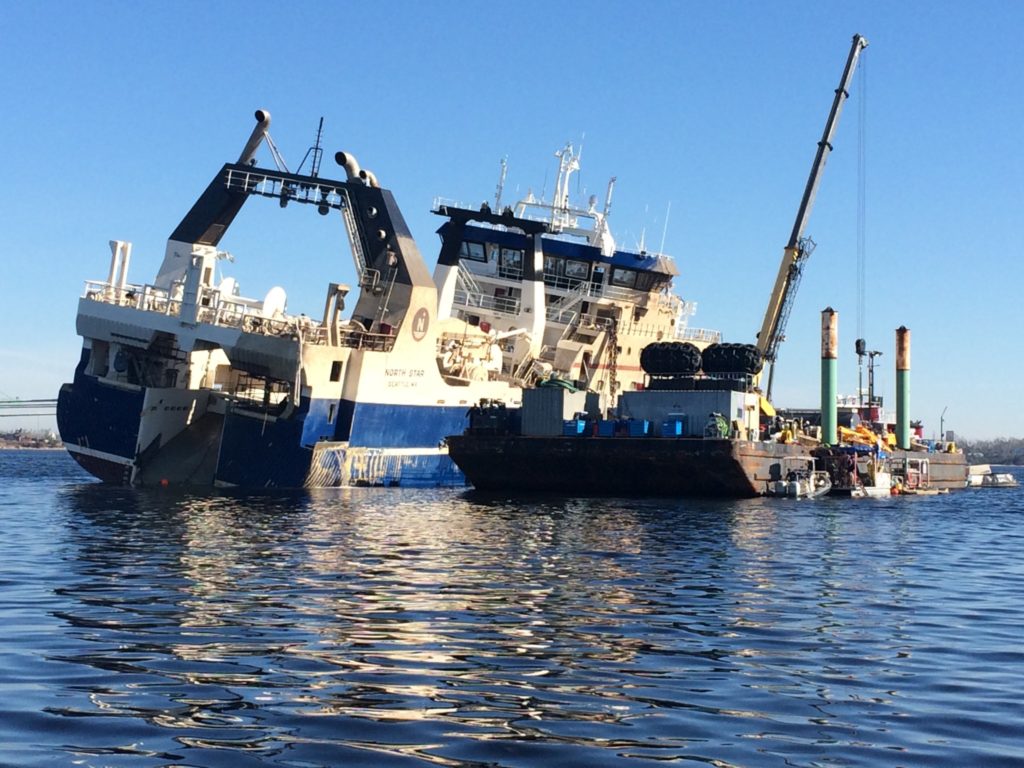 The trawler lay on her starboard side from Oct. 10 to Dec. 5. Corky Decker photo.

This is a significant step toward recovery in a small area of the panhandle that was devastated by the hurricane, which swelled to a Category 4 less than 24 hours before it made landfall.

But the day will be marked with mixed emotions for the Glacier Fish Co. family, as news spread that Erik Breivik, one of the company’s founders, died the same day at the age of 77.

“It’s very unfortunate for us,” says Merle Knapp, vice president of sales and marketing for the Seattle-based company. “Erik was quite a man.”

“He was a pioneer,” says Knapp. “He was the guy who had the vision to put factory trawlers to work on the cod and pollock in Alaska. He had a fundamental understanding of the fishing industry from having started as a young man.” That vision and understanding enabled Breivik to build the company, acquiring Alaska Ocean Seafood in 2008, and partial ownership and management of four Iquique U.S. vessels.

Knapp worked with Breivik for 22 years. “We were close. We traveled the world together.” According Knapp, Breivik’s unique history as a fisherman first and a fishery builder are what made him special, Glacier and everyone in the Alaska pollock fishery, will mourn his passing.

In the weeks and months to come, the North Star will undoubtedly require a major overhaul of its interior and systems.

The trawler had been expected to make its way out of Florida by November before the storm hit and was almost entirely fitted out for fishing.