I read NF’s op-ed “Cut off: Council makes sweeping changes on public input” on the North Pacific Fishery Management Council policy change on written public comments, and I would like an opportunity to clarify and answer the questions you pose.

The council’s policy on written comments changes every couple of years. It has been modified several times in the past two years in response to changes in technology and an interest by the council in making it easier for the public to provide written comments.

Since I started working for the council, we have gone from getting comments by regular mail, to fax, to email, and most recently (in 2018) to an open and direct comment portal. The portal has been wildly successful in that comments have increased in response, and the public has expressed appreciation for the development of the portal, and ease of commenting and reviewing comments. The comment portal is just one recent initiative to create more public input opportunities.

The council established a Community Engagement Committee in 2018 to identify and recommend strategies for the council and council staff to enact processes that provide effective community engagement with rural and Alaska Native communities. While it was intended to be a temporary committee, the council opted to expand its membership and retain it as a standing committee.

The committee’s recommendations were provided to the council in February 2021, and the council continues to implement many of the actions recommended by this committee to improve opportunities for public testimony and to make it more welcoming. These actions include:

These actions are all designed to broaden opportunities for the public to be involved.

With the advent of virtual meetings in 2020, we developed the ability to allow remote testimony, such that now captains are testifying to the council from their vessels while out fishing. The council has signaled an interest in continuing to provide the public with the opportunity to testify remotely, even after we get back to normal, in-person meetings. Over the past few years, public comment opportunities have been significantly expanded.

The council is working to build and maintain a welcoming environment for a very diverse range of stakeholders, and respect and decency are integral to that. This includes maintaining a non-threatening environment and polite discourse at all levels in the council process, including written comments. Without it, we would be deterring the very stakeholder input the council is trying to facilitate.

Five of the 594 written comments to the council at the April meeting contained profanity and vulgar language. We were not able to edit comments through our comment portal system, so staff removed these after they had already been posted publicly (note that staff emailed each of the submitters to provide them with another opportunity to resubmit their comments but without the offensive language, which one did). This situation was the impetus of the new policy, mirrored on the Department of Commerce’s longstanding policy, as previously we had never had to address inappropriate language. It is worth noting that this is the same process NMFS uses for comments on regulations.gov; public comments are checked by staff before they are posted.

You are correct that these new rules aim to curb personal attacks, profanity and baseless accusations. While the policy would allow the staff to remove “off topic” comments or those that make “unsupported accusations,” consistent with wording from the existing Department of Commerce policy, I anticipate that it would be an extremely rare situation and one where staff would likely consult council leadership before removing.

In implementing the written comment policy for the June meeting, the staff has interpreted the policy rules for removing off-topic comments or unsupported accusations to only apply to those comments that are personal in nature. Off topic comments might include those where someone accidentally submitted a personal email, credit card number, or social security number. As an example, I recall one incident in the past, when comments were submitted by email, the staff filtered out a comment that was personal in nature and sent to the comment email address by accident. We would consider that off-topic.

I would interpret “unsupported accusation” to be a baseless personal accusation. An example might be: “Ms. So-and-so broke the law by doing…” The staff would not remove any written comments unless they very obviously did not meet the policy.

To be clear, the purpose of the policy is to increase public participation while protecting privacy and following conventional standards. At every meeting, staff plans to report publicly to the council if there were any written comments removed from the commenting system and the rationale for removal, so that we can monitor and revise the process as needed. I anticipate this policy to evolve over time with improvements in technology, experience with implementation, and further public comment and council direction.

Regarding the comment period, the comment portal would be open when most of the initial review analyses are posted, which is typically at least two weeks prior to the start of the AP and SSC meeting (normally a Monday morning). The comment portal would close on Wednesday or Thursday at the close of the business day, like we did until 2019, rather than on Friday (as has been the case for the past couple of years) to allow staff time to review the comments. Thus, the period to submit written comments would be about 10 to 12 days, a window that is very similar to what we had in the past few years.

The public did have the opportunity to provide oral comments on the written comment policy during the April meeting, and several people provided in-meeting public testimony on this issue. The staff is taking these comments into account as we work to implement the written comment policy for the next meeting. The council will receive a report on the policy implementation to date at its June meeting, and the public is again welcome to provide comment or testify on this issue. We will continue to refine this policy as needed. 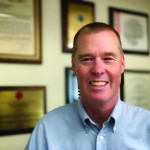 David Witherell is the executive director of the North Pacific Fishery Management Council.