“While we've seen incursions into the EEZs of partners (other Pacific nations) and illegal, unreported, and unregulated (IUU) fishing on the high seas, these are the first interdictions we've had in the U.S. EEZ since 2012,” said Lt. Jason Holstead of the Coast Guard’s 14th District Response Enforcement in a statement this week. “The combination of partnerships, electronic methods, and putting assets on the scene to catch violators in the act is essential to deterring IUU fishing in Oceania.”

The sightings came during what the Coast Guard calls “maritime domain awareness flights” by HC-130 Hercules air crews based at Air Station Barbers Point near Pearl Harbor. Documentation of the incidents was sent to NOAA’s Office of Law Enforcement for action, and investigations are pending, according to the Coast Guard. 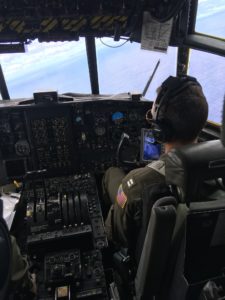 In addition to patrolling U.S. waters, the Coast Guard has formal partnerships and 13 bilateral agreements with other Pacific nations to enforce fisheries regulations and combat IUU fishing. Much of that focuses on the tuna fishery.

“This catch's worth was valued at more than $5 billion to fishers in the region and more than $22.68 billion at the final point of sale,” according to the Coast Guard. “Tuna caught in the WCPFC Convention Area accounts for more than half of the landings, dock value, and end value of all commercial tuna fisheries.

“IUU fishing represents an estimated monetary loss of $10 billion to $23 billion for legitimate fishers… Globally, commercially landed tuna and tuna products have a value of $10 billion to $12 billion per year to the fishermen who target these species and more than $42 billion per year at the final point of sale. These conservative totals do not account for noncommercial tuna activity including sport fishing and tourism.”

Illegal foreign fishing is uncommon off the coasts of the continental United States – with the exception of Texas, where the Coast Guard and Texas conservation officers regularly patrol against small-boat incursions by Mexican lancha fishermen who slip into U.S. waters in search of snapper and other regulated species.

The game is played on a much bigger scale in the distant Pacific.

“While regulation compliance among U.S. fishers is near 97 percent, some of the lowest policed areas, such as the waters in the Western and Central Pacific, are responsible for the highest percentage of significant violations,” said Holstead. “This is where the efforts of the Coast Guard 14th District and partners are so important. In 2019, we conducted numerous routine and analysis-based patrols throughout the region in support of IUU fishing detection and deterrence.”

U.S.-flagged fishing boat caught for use of “paper captain”

U.S.-flagged fishing boat caught for use of “paper captain”