Lobstermen in Maine will have to comply with a new reporting requirement, which will be implemented in 2023, but a free app, VESL, will help fishermen meet their reporting obligations with ease.

Currently only 10 percent of state licensed lobster harvesters in Maine must report their harvest, according to the Department of Marine Resources. However, as part of an update to the Atlantic States Marine Fisheries Commission fishery management plan for lobster, 100 percent of state licensed commercial lobstermen will have to report their harvest information, including location of fishing activity and pounds landed, in 2023.

The common notion among the public is that reporting to the government is complicated and time consuming, but it doesn’t have to be so, and that’s where BlueFin Data comes in. The company developed, under a contract with the Maine Department of Marine Resources, the app, called VESL, so lobstermen can meet their reporting obligations with ease. VESL represents the solution to the required increase in the percentage of lobster harvesters who must submit reports.

VESL, which is available for iOS and Android devices and can be downloaded free Apple App Store and Google Play Store, is a hub for collecting quality data with the least amount of effort all in one place, and report it to the government.

The app, which was updated last June is introduced with a brief explanation: “file your reports with the least amount of effort, all in one place. We reduce frustration, saving you time and money.” To use it, says BlueFin Data, fishermen just need to create an account, “tell us your reporting obligations and file your reports.” 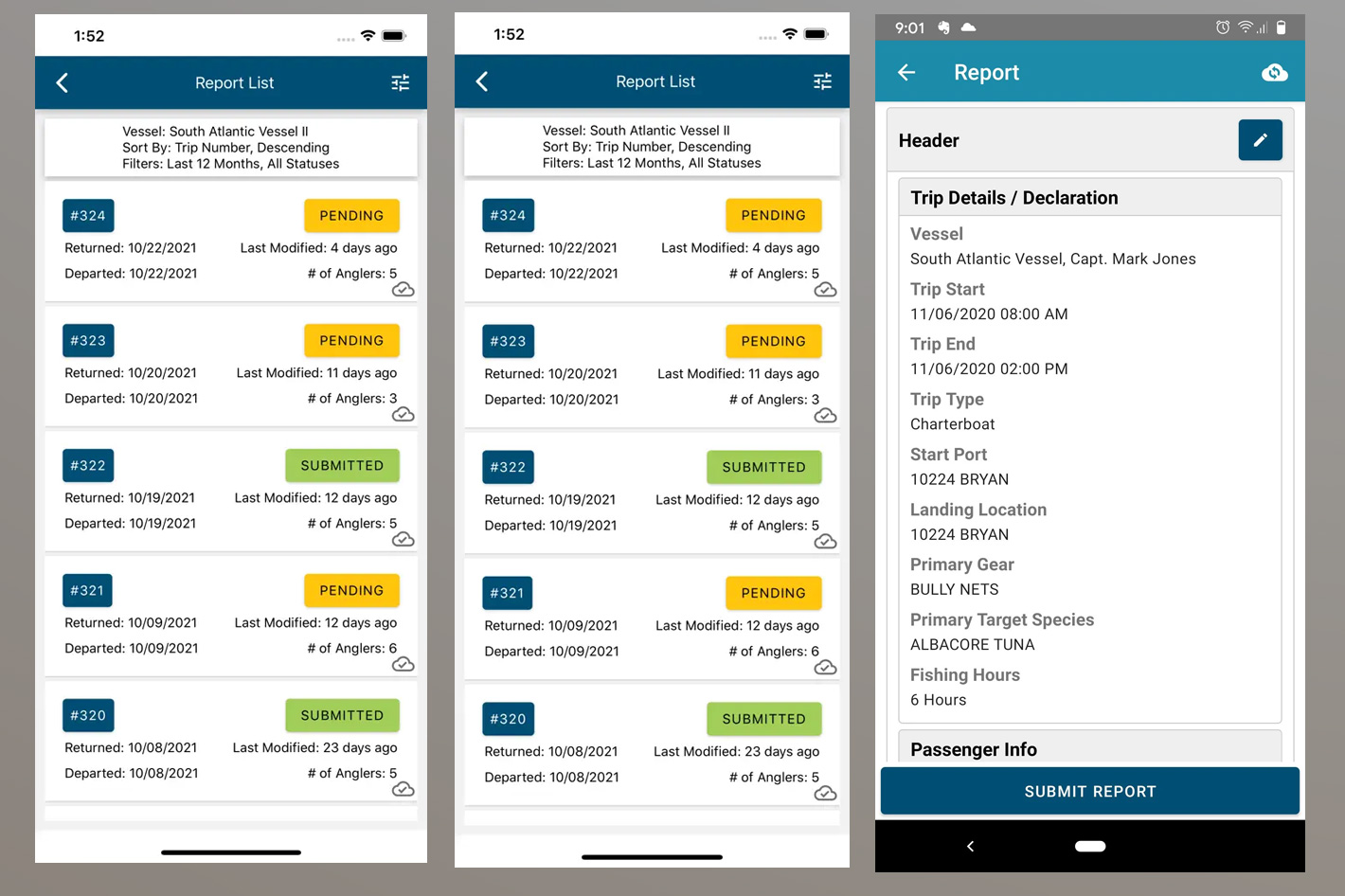 The software from BlueFin Data has been used to submit more than 4 million reports and is integrated withy 10 reporting agencies. The VESL app, which saves countless hours of frustration, is not alone: the company also developed VESL Swipe Plus which allows Florida seafood dealers to use a magnetic card reader and QR code scanner integration for initiation of new reports in the VESL software application.

‍With VESL commercial fishermen have access to a free app that simplifies required harvest reporting for both state and federally licensed fishermen. The reporting requirement, which will be implemented in Maine in 2023, is intended to provide regulators and researchers with more detail about where fishing activity takes place.

"We decided to develop a new app to make it easier for lobstermen to comply with the new reporting requirement," said Maine Department of Marine Resource Commissioner Patrick Keliher. "Better data about fishing activity will help managers sustain Maine's important marine resources and will help ensure informed decisions are made around issues that impact fishermen like whale regulations and offshore wind development."

A request for proposals issued by the department required developers to not only produce an app that would work for lobstermen, but also for other state and federal fisheries that require harvester reports.

"This app was developed with fisherman input. It is easy to use, and allows harvesters to file reports quickly and efficiently," said Keliher. "Our goal with this product was to develop something that reduces the burden of reporting and lets fishermen focus on catching fish." 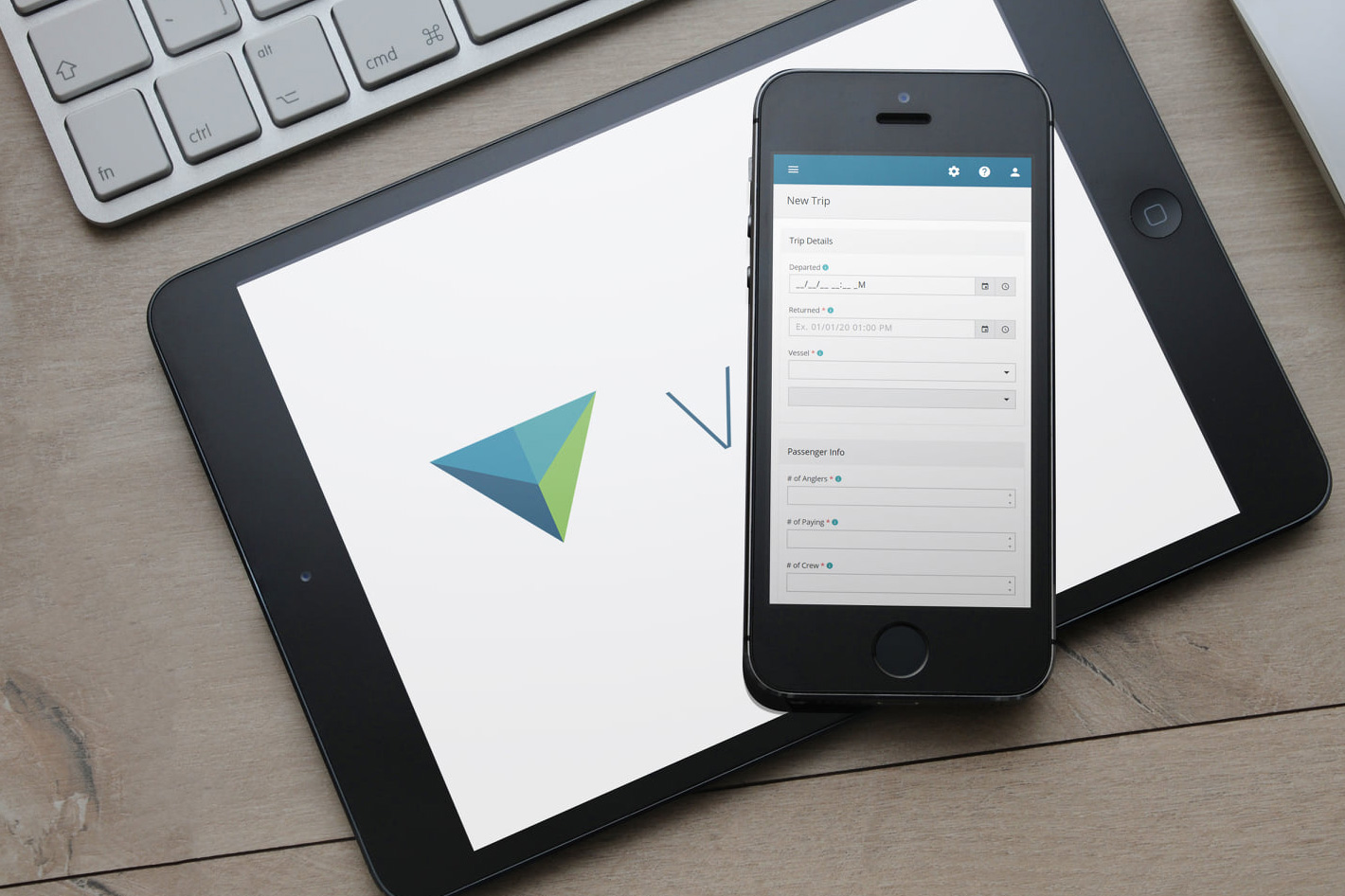 VESL is approved by NOAA

VESL personalizes the interface, depending on the requirements of the fishery. For example, fields required will be customized based on the license, permits and gear type used. Data can be entered while at sea and uploaded when an internet connection is established, making the submission of accurate and timely reports easy.

VESL is compatible, as already noted with mobile devices and will work across multiple platforms including IOS and Android (tablet and phone). The app has also been approved by NOAA for use by federally permitted harvesters, and is now available for free from the Apple App Store and Google Play Store.

"I'm very impressed with the new app," said DMR Landings Program Manager Rob Watts, who worked with the developer. "We wanted a product that would simplify the task of reporting for fishermen and provide the data regulators and researchers need to more effectively manage, monitor and sustain our commercial fisheries. This product does just that."

Palm pilots: Simrad ramps up mobile features in a new app for navigation

Palm pilots: Simrad ramps up mobile features in a new app for navigation

Logged on: The venerable captain’s logbook is moving to digital