Tracey Trahan was trawling for shrimp on an April morning, during a routine Gulf of Mexico trip, when he heard a news report about an oil rig explosion somewhere in that ocean expanse.

The Deepwater Horizon tragedy on April 20, 2010, claimed the lives of 11 workers. The explosion occurred 60 miles to the veteran fisherman’s south, and neither he nor others had reason to believe it would have such a lasting effect on themselves and their industry.

“I thought it would have been something brought under control in a timely fashion,” Tracey said. “I had no idea the amount of oil there would be and the length of time it would take to stop.” 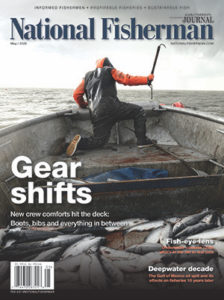 A leak that took 87 days to seal, resulting in an estimated 130 million gallons of crude polluting the gulf, took a toll that began early and ended late. Ultimately, lawsuits related to the spill, from fishermen as well as processors and people with many other types of businesses, as well as those whose health suffered as a result of involvement with the cleanup and other exposure to chemicals, were consolidated, and settlements resulted.

A decade later, however, some issues are still being heard by appellate courts. That’s only one reason many fishermen maintain that the real winners were the lawyers.

Ultimately the oil giant BP, as well as Anadarko Petroleum were judicially declared the responsible parties for the explosion and the resulting nonstop spilling of oil, and all that occurred because of it, on the basis of federal law.

The effects were devastating, emotionally and financially, to those making a living off the water.

John DeSantis is the senior staff writer at The Times, a newspaper in Houma, La. and regularly contributes to National Fisherman.