A Coast Guard boat crew spotted a shrimp boat on fire off the Florida Gulf coast and rescued the three people on board Thursday, according to Coast Guard officials.

The 29-foot response boat team was on patrol when they headed for the smoking vessel, where the crew was unsuccessfully trying to fight the fire. The shrimp boat crew transferred to the Coast Guard vessel, which established a safety zone as other first responders headed to the scene.

Fire boat crews from Cape Coral, Sanibel, Estero, and Lee County arrived and extinguished the fire, along with the crew of the sister ship to the shrimp boat. The damaged vessel was dewatered by the Coast Guard and monitored for any pollution. 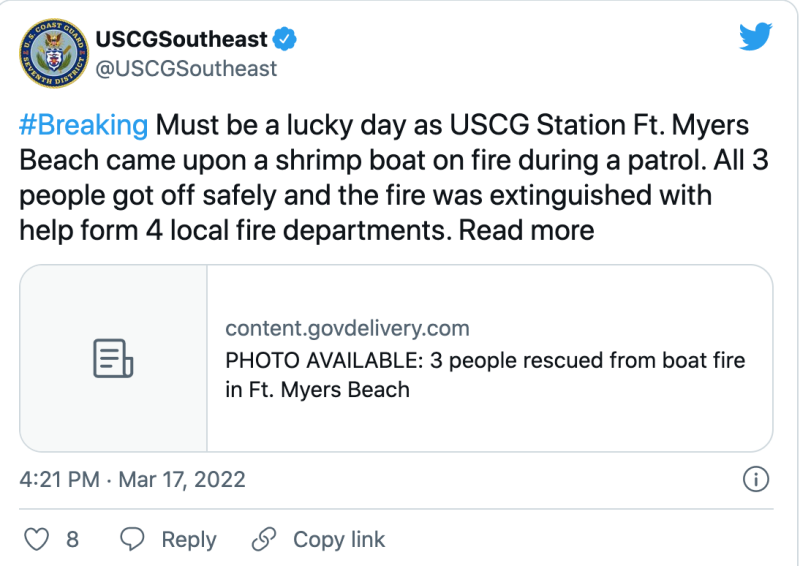 One rescued from Oregon boat fire

One rescued from Oregon boat fire