Following the trend of the overall market, the U.S. marine insurance segment has hardened, and is likely to remain this way for the foreseeable future. Although cyclical with respect to market conditions, and often finding itself in a softer market for longer periods than appropriate, the marine market is now confronted with robust and durable factors driving the current hardening.

As a result, we are likely to see a continued lower tolerance for underperforming books, which will in turn lead to less pressure on rate competition for those who remain diligent in keeping pricing sustainable and relevant.

Comparably small, the U.S. marine insurance line has an available premium of only $2 billion as opposed to multiples of this in lines like property or inland. As such, the ability to access capital is diminished. Once an enticing diversification play or a means to balance a book, entering the marine specialty line is no longer as attractive because the results have not warranted the deployment of capital into this space. Without the lure of high interest rates, investing capital into the marine line becomes even less desirable.

This puts marine underwriters in a tenuous position from the outset, having to fight for resources. With the advent of actuaries taking on a bigger role in pricing and modeling of risk, underwriters are no longer able to hide behind business plan mantras like, “we can do a better job of risk selection” or “we know who to deal with and who not to.” As the pricing game becomes increasingly reliant on actual data, it is becoming harder to explain away underperformance.

Added to this is increasingly sophisticated and reliable data analytics. While marine data is still not statistically significant enough to dictate pricing in particular classes, it does provide a reliable floor below which prices should not go. This leads to a less volatile reaction to the same risk being considered by different carriers. Whereas the variance between quotes was once enormous, the gap is closing considerably as a result of more reliable and indicative data being used by all competing in this space.

In light of limited resources and an increased reliance on sophisticated and reliable data, capital providers are no longer going to tolerate underperforming lines. Providers can tie poor results to pricing tools they have established and move quickly to address shortfalls.

It seems clear that carriers will no longer have a long runway when venturing into lines such as marine, and instead will be forced to devise a plan, stick to it and meet the goals, or be subject to a much quicker game changing action in order to get back on track or be forced to exit the space.

We expect new entrants to try to gain a foothold in the marine space, but with a very clear directive on what they will write, how they will price it, and what terms they will offer. This comes with a fairly reasonable expectation that if they execute correctly they will return the result desired. And if not, they will not be long for writing this line, garnering a much quicker reaction, such as pulling the capacity or amending the strategy to make them less competitive – both equally devastating.

This all leads to a lack of impetus to return to the old days of long-term softening of rates. Notoriously underperforming lines in the marine space will have less tolerance among capital providers. This is bound to keep rates going in the right direction.

Marine insurers, particularly those with a proven track record of underwriting profitably, will have the advantage of more latitude to be creative and flexible to ensure their insureds are still able to secure preferential terms. However, this advantage will only be available to the best performing carriers. Whether existing or new, carriers will only be able to provide capacity at a reduced cost if they have a lower expense load.

If insurers are not working more efficiently, and with reduced overhead expenses, lower premiums will only hasten their demise and solidify the proper rating of those using data-driven modeling to inform pricing and assist in underwriting risk. Another reason insureds and brokers need to be very discerning in deciding who they partner with. 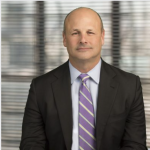 John Ellis is the head of Ocean Marine at Canopius USA marine brokerage.

Covid and climate: Alaska seafood talks zoom in on 2020 and the future of fish