Alaska’s seafood industry directly employs more workers than any other private sector industry in the state, according to a new report released this week.

Of that total, 31,000 jobs worth $1.01 billion were in commercial fisheries, including 8,900 fishing vessels and 52 catcher-processors.

“Alaska’s seafood industry continues to play a vital role in supporting Alaska’s economy,” said ASMI Executive Director Jeremy Woodrow. “The economic value of Alaska seafood stretches well beyond the docks and is spread across Alaska’s communities and throughout our nation.” 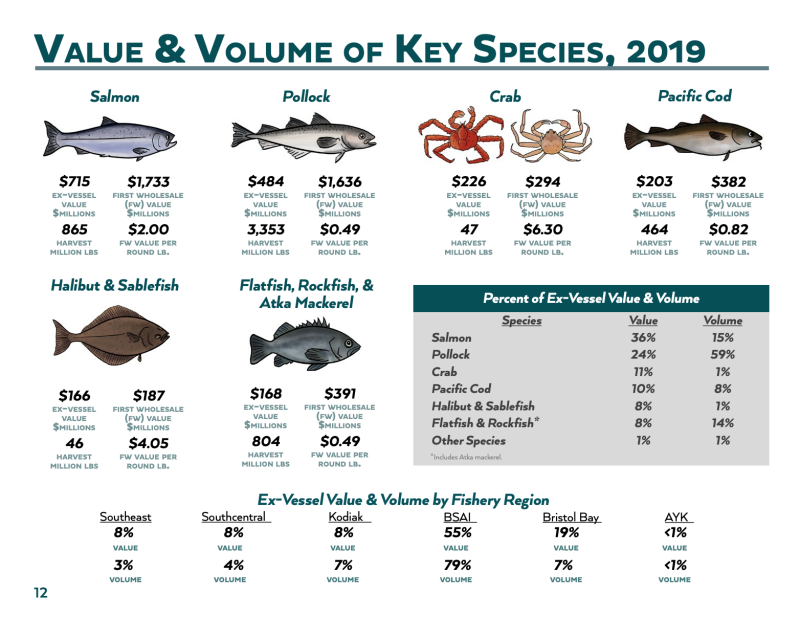 Unlike previous years, the economic impacts are calculated solely on 2019 data, as opposed to averaging two years of data — this report has been published on a biennial basis, starting in 2013, with updates in 2015, 2017, 2020.

“In 2020 the industry suffered from widespread covid-19 impacts and other factors in several key fisheries,” said Jim Calvin, vice president of McKinley Research Group (formerly McDowell Group). “While the report includes some 2020 data, averaging 2019 data with the pandemic-disrupted 2020 season would not produce an accurate picture of the seafood industry’s economic impact in Alaska. Preliminary 2021 data reflect a partial rebound, further indicating 2020 as an outlier.”

The report demonstrates seafood continues to deliver value for Alaskans: