Petersburg was founded by Norwegians and is thriving on fish

When I got off an Alaska Airlines 737 in Petersburg, Alaska, I was struck by how small the airport is, given the size of the plane (a flight that nestles between the muskeg and mountains twice daily). I would soon cement the idea gelling in my mind that this town is awash in contradictions.

Alaska’s Little Norway has streets lined with perfectly appointed Scandinavian-style houses with manicured lawns and impeccable gardens. Yet, its main street (which in most parts of the country is considered the avenue of first impressions) is rather perfunctory. A string of unassuming shops and restaurants primarily cater to the principle industry in Petersburg: commercial fishing. The locals are fastidious, but above all, they’re industrious.

“This is where you want to keep your boat, have it fixed and sell your product,” says Mayor Al Dwyer, underscoring the town’s main economic driver. In a town that boasts one commercial fishing permit for every two people, one can understand why. 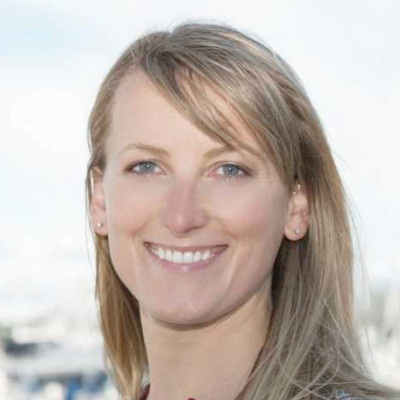 “Petersburg always has been — and hopefully always will be — a fishing town,” says Julianne Curry, executive director of the Petersburg Vessel Owners Association.

The people of Petersburg are at an interesting crossroads, being located in a highly marketed and marketable part of Alaska. Other Southeast towns are reaching out to the tourism industry to grab passers-through and their dollars from Alaska Marine Highway System cruises touting tours of the heart of the Inside Passage. Petersburg has gone out of its way to get itself on the map (literally: the chamber of commerce paid a fee to be included on the ferry’s tourist map of the Inside Passage). However, the people of the town are so fiercely proud of their fishing heritage (and so hard at work keeping the industry bustling in town) that they tend to regard targeting tourists as a lighthearted sideline to the real business of catching and processing fish.

“This is not a lifestyle,” Curry says. “This is my life.”

Scandinavian pride (primarily Norwegian and Swedish heritage) and work ethic give Petersburg its unique flavor. The town of nearly 3,000 people — less than half a percent of the state’s population — possesses 8 percent of the state’s commercial fishing permits for their fisheries. When wild salmon prices nosedived in the late 1990s, Petersburg didn’t give up on salmon or fishing in general, despite offers to build a sawmill in town. Instead, they diversified into more fisheries and began amassing permits.

“We have sustainable fisheries — and proven over a century — and a sustainable economy,” says Sue Paulsen, town historian.

Today that investment in fisheries is really paying off, especially in salmon.

“It’s about bang for your buck now as far as economic investment. Hasn’t always been that way, but everybody wants salmon now,” says George Meintel, co-owner and skipper of the Lofoten, a 36-foot salmon gillnetter. Thanks in large part to the Alaska Seafood Marketing Institute promotions of wild Alaska salmon and the quality of fish produced by direct marketer-fishermen like Meintel and his partner-wife Cynthia Wallesz, the product is sought after worldwide.

And the people of Petersburg are proud of what they’ve done for their own town. Even the Elk’s Club was saved by local volunteers, who vowed to wait tables and find local chefs to keep the kitchen running in order to preserve the club. But everyone’s favorite story this summer was the revival of the local boatyard.

In October 2010, the Petersburg Shipwrights shut its doors. Local fishermen had to steam to Wrangell or more far-flung ports for any type of haulout. Local businessman Mike Luhr was considering retiring from his own Piston and Rudder Service and instead found himself heading a vast community project to bring the yard back to life.

Pretty soon 27 community shareholders had committed their own funds to the project and pooled more than a million dollars. All told, 24 of them are commercial fishermen. On June 2, 2011, the yard began hauling boats again. However, the primary work at the yard is still expanding its capacity.

“We’re too busy to work on boats,” Luhr jokes. A dock expansion to 300 feet will bring their capacity to eight boats, and a 12,000-pound crane will haul power skiffs. The goal is to create one-stop shopping for the fleet, including machining, retail and serving as a dealer for Cummins and John Deere marine engines.

Petersburg’s fishermen are clearly happy with the strong salmon market this year. Yet, they almost seem satisfied with the fact that there’s work to be done. A good price is a bonus.

“The biggest compliment you can give to a Norwegian is, ‘You’re a hard worker,’” says Dave Ohmer, Trident’s Petersburg plant manager.

And when they aren’t out fishing, they’re in meetings. The intricacies of managing Alaska fisheries are astounding for a state this young. Yet, it seems to work for them. Even trans-boundary fisheries with Canada, like salmon and halibut, are managed in completely different ways. Salmon are counted at streams, and the take is determined based on a negotiation with Canada for that specific river. Halibut quotas for each fishing area are determined by the International Pacific Halibut Commission and then within the state, that quota is divvied up between subsistence, commercial and charter interests.

In Ohmer’s office at Trident, he pauses occasionally to take phone calls from fishermen and tenders on the salmon grounds. The fishermen are exhausted from huge sets on two-day openings, and they’re all getting set to steam back to town to off-load, ice up and head back out while the gettin’s good. The big news is the return is strong enough to start four-day openings, though in the end, there would only be one.

Ohmer rattles off the dock prices for pinks, chums, sockeyes, kings, Dungies and halibut, assuring his fisherman on the line that rumors of a bigger ticket elsewhere are untrue. “You won’t get a better price,” he says.

Ohmer’s grandfather, Earl Ohmer, founded the plant in 1916 under the name Alaskan Glacier Sea Food. It began as a shrimp processor, but the company had to stop buying shrimp in 2005. “It’s the hardest thing I ever had to do,” Ohmer says. After years of processing it at a loss, the time had come.

“I hope to bring shrimp processing back to Petersburg,” says Mayor Dwyer. Asked about his priority for the town, he replies without hesitation, “Trying to hang onto our fishing fleet. And we’ll do anything we can to do that.”

Petersburg — at a glance

Southeast Alaska is a narrow strip of islands and peninsulas between the Gulf of Alaska and British Columbia. Petersburg is located in the heart of Southeast at the tip of Mitkof Island, between Kupreanof Island and a sliver of American mountain range that borders British Columbia. The population — 2,948, according to the 2010 census — is surrounded by the Wrangell Narrows and Frederick Sound.

The area was first used as a summer fish camp for Tlingit natives from nearby Kake at least 2,000 years ago. It was established as a town in 1910 and named for Norwegian immigrant Peter Buschmann, who came to the area in 1890 to establish a cannery. He hung out his shingle in 1900, beginning the Icy Strait Packing Co.

Fishermen in Petersburg target salmon by troll, seine and gillnet; halibut and blackcod by longline; Dungeness, king and tanner crabs with pots; herring by seine, gillnet and roe on kelp; shrimp by pot and beam trawl; they also dive for sea cucumbers and geoduck clams; and the fleet is rounded out with salmon tenders. Out of 600 berths, the town’s three harbors house roughly 500 commercial vessels.

The commercial fleet, from 32-footers to 100-plus, is served by the Petersburg Vessel Owners Association in town, but many find membership among statewide organizations that represent their fisheries and gear types, as well.

Fishermen find solace at the Elk’s Lodge, the Moose Lodge, Kito’s Kave and the Harbor Bar. But they get some pep in their step with coffee at Coastal Cold Storage, Common Grounds, and Java Hüs.

The Sons of Norway Hall, built in 1912, is a center of the town’s social activities and Norwegian culture. Just outside the hall stand a small replica of the Viking ship Valhalla and the Bojer Wikan Fishermen’s Memorial Park.

Word on the docks is all about salmon in the summer, but changes to halibut rules and the depletion of the Dungeness habitat are always hot topics, as well. “Over the last 15 years the sea otters have taken over the good Dungie grounds and are eating the fishery down to a small area,” says Max Worhatch, crabber and salmon gillnetter.

The town of Petersburg has six processing facilities. Three large canneries/processors are owned by Trident Seafoods, Ocean Beauty Seafoods and Icicle Seafoods (still known locally as Petersburg Fisheries). Fishermen tend to have a working relationship with one of these larger processors.

They get ice at their facility, are served by the company’s tenders out on the grounds, stay in touch with their fleet or plant manager back in the Petersburg office, and off-load at the facility when they return to town. Once upon a time, the processors ran the show. These days, fishermen can pick and choose more freely, based on dock price, tender service, ice quality and often family legacy.

Last year Icicle refurbished to double its freezing capacity. And it’s a good thing, because this year the salmon season was so busy, the company brought in a processing barge to handle the surplus of landings coming off the tenders. The state-of-the-art plant also produces ikura and sujiko (salmon roe); fresh and frozen product forms of chum, pink, coho, sockeye and king salmon; halibut, blackcod and rockfish; Dungeness, king and tanner crabs; and herring.

The Trident plant was established as a shrimp processor by Earl Ohmer in 1916 but now processes canned salmon, as well as fresh and frozen products.