NOAA Fisheries observers  face a daunting task on commercial fishing vessels to do their job and record key data as the crew hauls in catch. Project ORCA may change this soon… and ORCA 2 is coming next.

The killer whale, also known as orca, is the ocean’s top predator. There is another ORCA, though, the Onboard Record Collection Application project – or ORCA for short – that will reign supreme by making paper forms obsolete for observers on commercial fishing vessels, as they transition to a tablet for instantly and accurately enter the vital data they collect .

The joint project goal to develop electronic reporting (ER) for HMS fisheries observers (e.g., drift gillnet, setnet, deep-set buoy, and longline) is a focus area of the HMS PSG. The WCROP and PIROP place NOAA Fisheries-trained observers aboard fishing vessels with the primary focus of monitoring the incidental take of protected species, and additionally to record details on fishing activity, gear configuration, as well as the catch and disposition of target and non-target fish.

Recording key data on commercial fishing vessels is often a daunting task for NOAA Fisheries observers, who need to do their job as the boat rocks and the wind blows hard, while shuffling through different waterproof paper forms, to register different details. That’s about to change, though, as observers on the West Coast are transitioning from paper forms to a more efficient and accurate tablet-based system.

According to NOAA Fisheries, three of its observers have tested the Onboard Record Collection Application project, or ORCA. Previously, they wrote everything down and then entered it into a computer when they returned to land. Through ORCA, observers input data directly into a rugged, waterproof Android tablet at sea. The ORCA system is replacing the current paper based system. 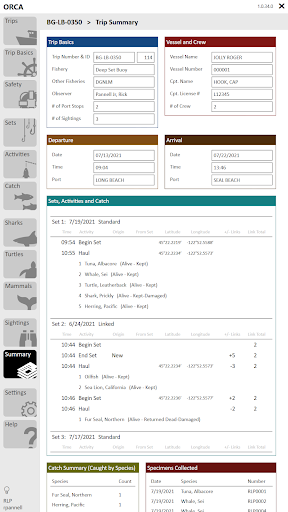 More efficient use of resources

The WCROP and PIROP place NOAA Fisheries-trained observers aboard fishing vessels with the primary focus of monitoring the incidental take of protected species, and additionally to record details on fishing activity, gear configuration, as well as the catch and disposition of target and non-target fish. PacFIN is responsible for consolidating and integrating disparate data sets collected by the states, NMFS, and PSMFC — including those collected by fisheries observers — into a single comprehensive management system. This data is used by Regional Fisheries Management Organizations, both the Pacific Marine and Western Pacific Regional Fisheries Councils, and NMFS to effectively manage fish stocks, including Highly Migratory Species (HMS), on the West Coast of the United States.

The tablet touchscreens let observers shift seamlessly between data entry fields instead of shuffling paper forms. They also record time and location at the push of a button, saving observers from chasing down the coordinates from the crew.

“The observer becomes less reliant on the captain and crew for gathering crucial information pertaining to fishing effort, which saves time for both the observer, captain and crew,” notes ORCA project co-lead Jody Van Niekerk, a fisheries biologist in the West Coast Region. “This enables the observer to stay focused on their duties without any unnecessary distractions.”

Although paper has been used as a back up during the test of the ORCA system, those involved believe it makes complete sense to go completely paperless. In fact, Van Niekerk and his team are already working with the Pacific Islands Regional Observer Program (PIROP) to design and implement ORCA 2, a data entry application for the pelagic longline fisheries. Both regions will share the application to facilitate data entry by pelagic longline observers from both observer programs, and are currently field testing ORCA 2. “This cross-collaboration is a great initiative, because it makes us think about what projects we can work on together, especially when we are working on similar goals at the same time,” Van Niekerk says. “It’s a much more efficient use of resources.” 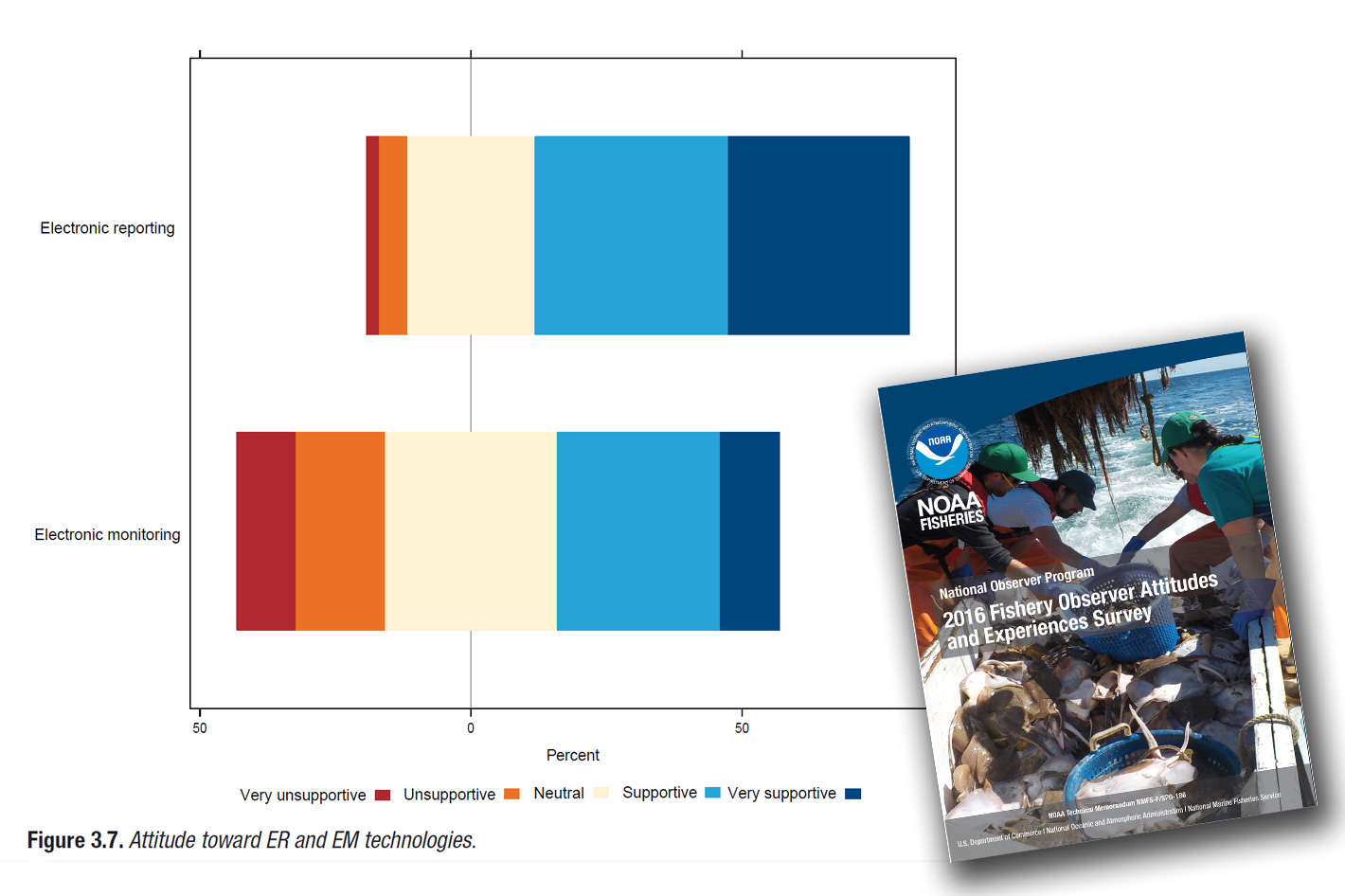 A 2016 report, the "National Observer Program 2016 Fishery Observer Attitudes and Experiences Survey” already mentions the importance of the use of electronic reporting. The report summarizes 553 responses to the NOAA Fishery Observer Attitudes and Experiences Survey, and 69% of respondents supported the idea of effectively communicate intent of electronic reporting, while 40% supported electronic monitoring.

According to the survey, “Respondents strongly supported using ER (Figure 3.7). While many respondents stated their programs, either currently or in the past, were not using ER, most of those who had experience using ER commented that tablets, scales and other electronics have had a positive impact in improving data accuracy and reporting capabilities.”

Respondents also noted that “the built-in Bluetooth technology for transferring data from scale to tablet significantly reduced data processing time and increased accuracy. Some respondents recommended a nonelectronic backup system to reduce the threat of losing data when electronics fail, while others stated that producing both paper and electronic data was redundant.”