Protesting lobstermen call on Maine to join lawsuit against NOAA

After a quarter century of trying to work with regulators to protect northern right whales, Maine lobstermen have at long last decided to throw down the gauntlet in defense of their fishery, long regarded as a model of sustainability.

At a waterfront rally Wednesday in Portland, speaker after speaker charged federal regulators with essentially carrying water for the offshore wind power industry, which is looking to place dozens of floating turbines in the Gulf of Maine. And they called for the state to step into the role of plaintiff in the industry suit against the National Oceanic and Atmospheric Administration.

“There’s a power there that no other organization in the state has,” said Ray Richardson, a Portland talk radio host who organized the event. 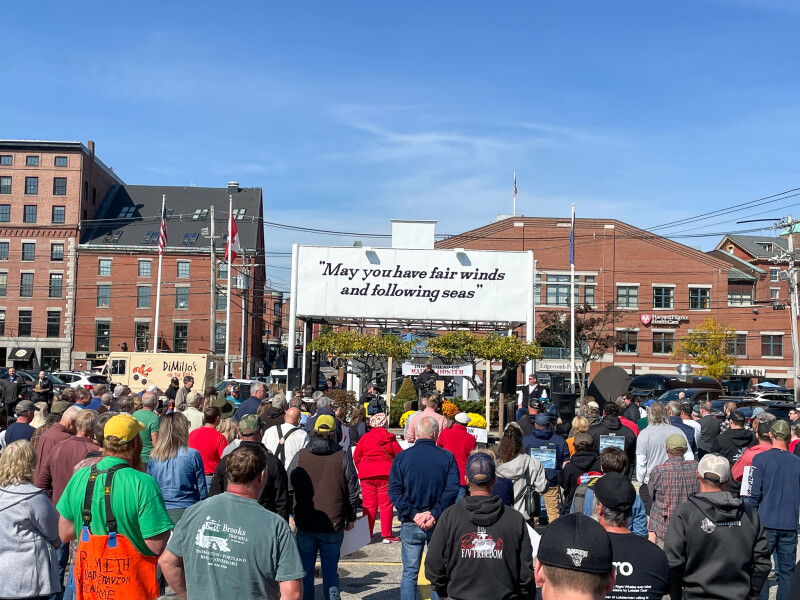 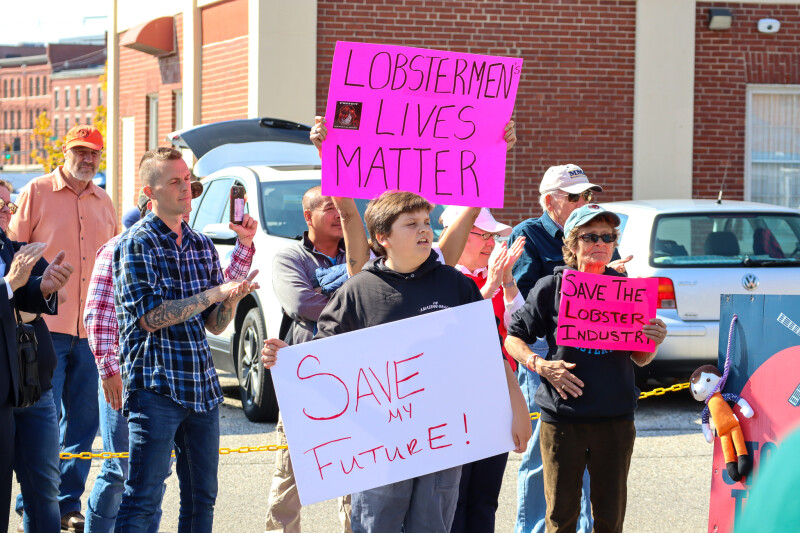 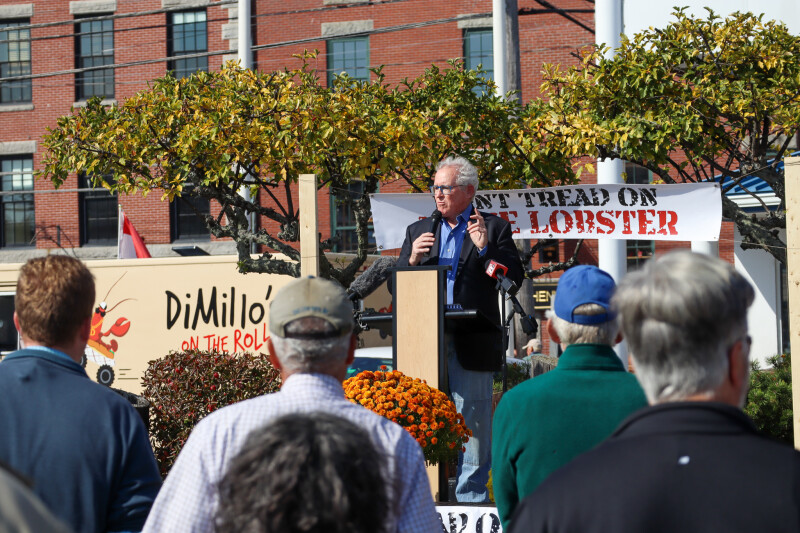 The rally attracted upward of two hundred lobstermen, their families, and industry supporters from the length of the coast, as well as several candidates for office.

In its latest proposed plan for reducing mortality to Atlantic whales, the agency is calling for a 90 percent risk reduction target for the fishing industry. That means new gear, area, and seasonal restrictions for the lobster fleet. Yet there have been no right whale fatalities attributable to Maine lobstermen and there hasn’t been a documented interaction with Maine fishing gear since 2004.

“For far too long this industry has been apathetic,” said Winter Harbor lobsterman Billy Bob Falkingham. “I feel like we’re engaged now.

“This 90 percent reduction will crush us.”

More than one lobsterman pointed out that neither shipping nor the offshore wind industry are facing such draconian regulation because of right whales.

Adding insult to injury in the eyes of fishermen, the National Oceanic and Atmospheric Administration has recognized efforts by some operators in the shipping industry for slowing down to reduce right whale mortalities resulting from ship strikes. “Yet they are still the leading cause of right whale deaths,” said Dwight Staples, a Stonington lobsterman, and boatbuilder. 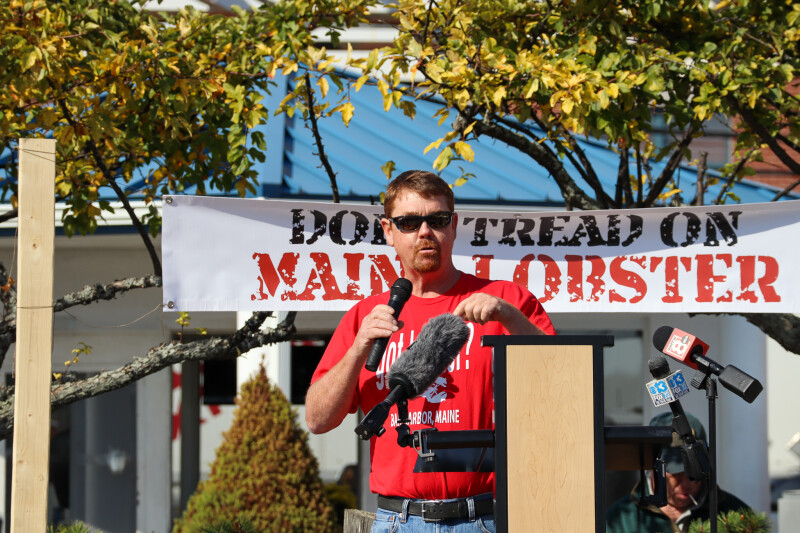 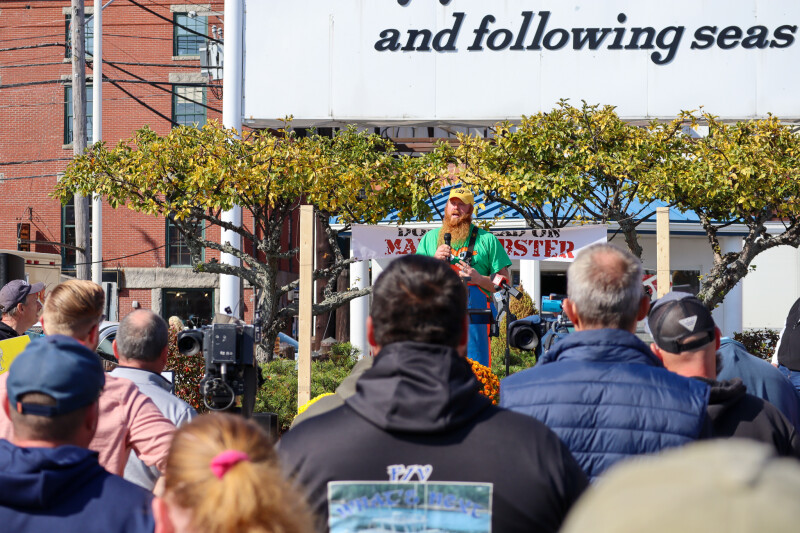 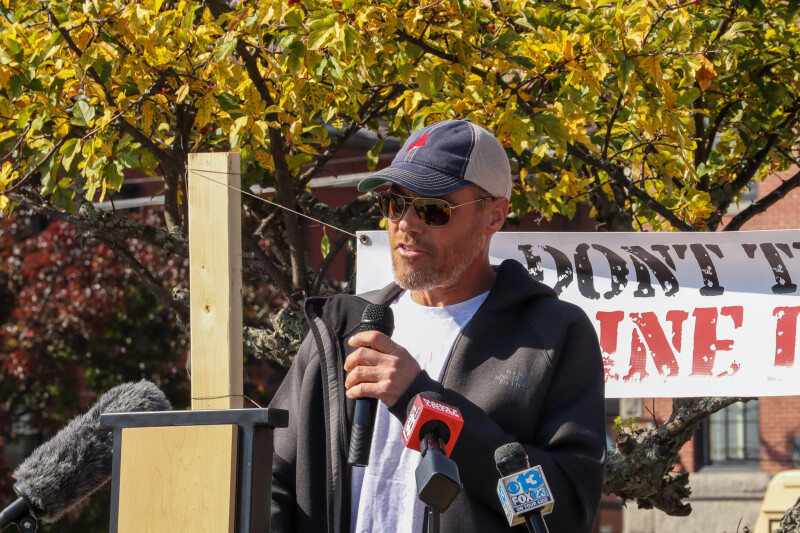 The parade of speakers illustrated the fishery’s deep roots along the Maine coast, as one lobsterman after another recounted long-held memories fishing at the feet of their fathers and grandfathers. “I sat in a car seat on the engine box” aboard his father’s boat, said Matt Gilley, 38, of Harpswell.

Fishermen also spoke critically of what they view as fuzzy math around right whales, with some saying the population numbers are improving. “All the education these folks have, it seems they’ve forgotten how to add,” Staples said.

Robert Burke of Stonington spoke to right whale population assessments, which he says NOAA manipulates to make its case. For example, he said, NOAA does not count calves until they reach the age of five. He noted as well that whales that are not seen over time are considered dead — cryptic mortalities, in agency-speak — and built into population statistics.

Richardson is known in Maine as a conservative but maintained a nonpartisan tone throughout the rally, even as the office seekers were allowed a few minutes at the mic.

Democrats and Republicans in Maine both support the industry. There are 4,500 or more licensed lobstermen in the state, to say nothing of their deckhands and the infrastructure that supports the industry. Wind farms could displace fishermen from their traditional grounds. Moreover, the wind turbines would not face the same strictures with respect to whale interactions.

U.S. Rep Jared Golden (D-Maine) who is seeking re-election, told the fishermen they are a “soft target” in the eyes of the Conservation Law Foundation – one of the environmental groups that have won federal court rulings forcing NOAA to be more aggressive on gear restrictions – and other advocacy groups funded by corporate interests.

“You’re up against long odds,” he said. “The only thing you can do is fight this all the way to the Supreme Court.”

His Republican opponent, Bruce Poliquin, didn’t disagree. “You’re in the fight of your life,” he told the lobstermen. 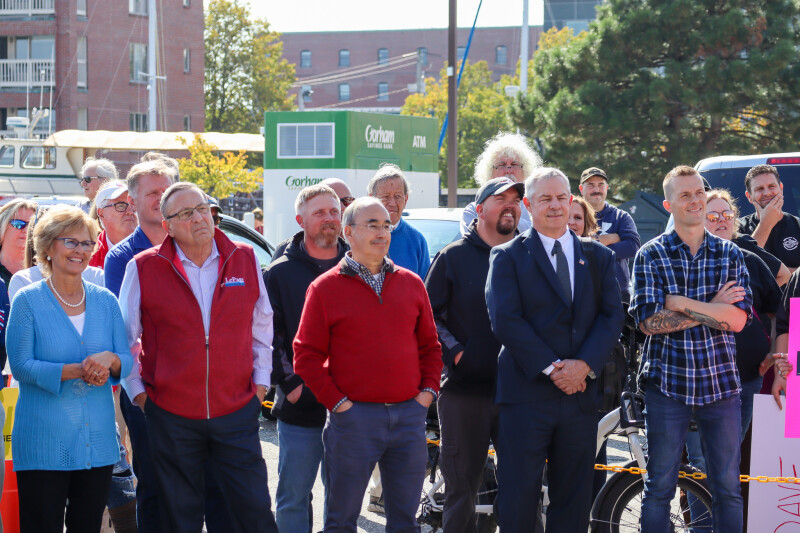 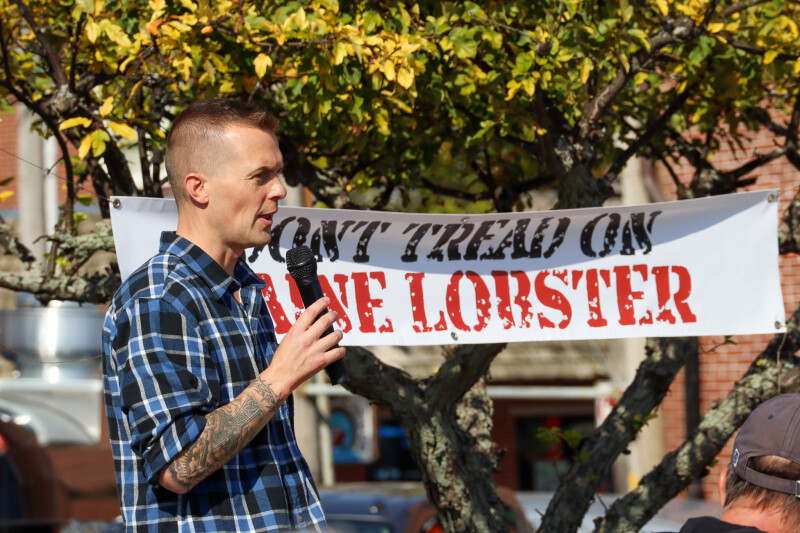 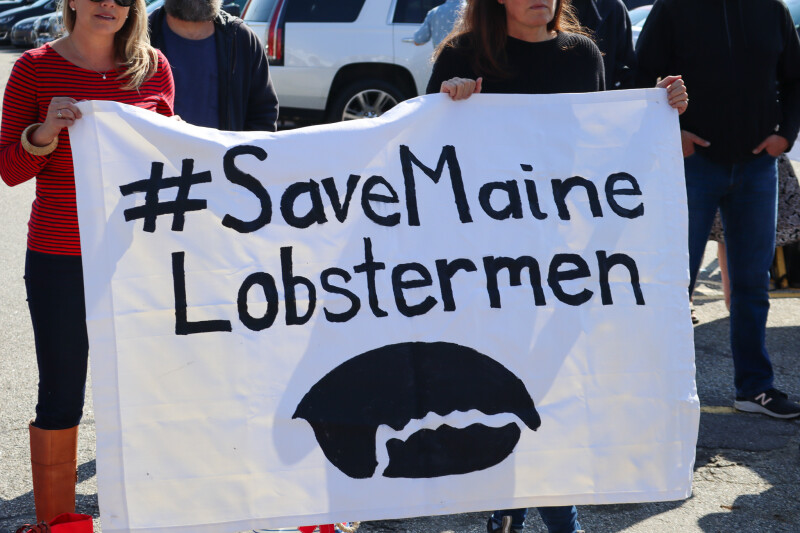 Jerry Fraser is a retired commercial fisherman, journalist, the former editor and publisher of National Fisherman, as well as a 2020 NF Highliner award winner.

Maine must step up in lobstermen’s federal court fight