A key milestone towards realizing the full potential of blue foods - fish, shellfish, aquatic plants and algae - launched at the UN Ocean Conference is endorsed by the United States.

The coalition includes the European Union, Fiji, Germany, Iceland, Japan, New Zealand, Canada, Palau, Portugal and the United States of America, in addition to representatives from intergovernmental organizations, NGOs, academic institutions, aquatic food producers and those along the value chain, consumer groups, financial institutions and philanthropies. In addition, Indonesia spoke at the event and is supportive.

Together, these members recognize that blue foods—fish, shellfish, aquatic plants and algae captured or cultivated in freshwater and marine ecosystems—play a central role in food and nutrition security for billions of people. It is estimated that 800 million people also depend on blue food systems for their livelihoods.

"This isn't just about one particular part of the world—it's about food security for all of the world. The United States is very determined to be a part of the solution, which is why I'm pleased to announce that we endorse this [Aquatic] Blue Foods Coalition,” said Monica Medina, U.S. assistant secretary of state for Oceans and International Environmental and Scientific Affairs of the United States. “The United States is already taking action. We highlighted the importance of blue foods in the new U.S. Government Global Food Security Strategy for 2022-2026.”

The launch of the Aquatic Blue Food Coalition comes after months of discussion catalyzed by the 2021 U.N. Food Systems Summit, which identified blue foods as a game-changing solution to transform food systems and meet the 2030 Sustainable Development Goals. More than halfway through the International Year of Artisanal Fisheries and Aquaculture, the U.N. Ocean Conference served as a critical opportunity to combine food system and ocean goals.

Despite its name, the coalition will not be focusing narrowly on blue foods only as a natural resource, as it agrees to bring a holistic approach to food systems decision-making. For example, these foods have a vital role to play in achieving several Sustainable Development Goals —in addressing hunger and malnutrition, reducing poverty and providing livelihoods, and reducing the impacts of the food system on climate change and biodiversity loss. 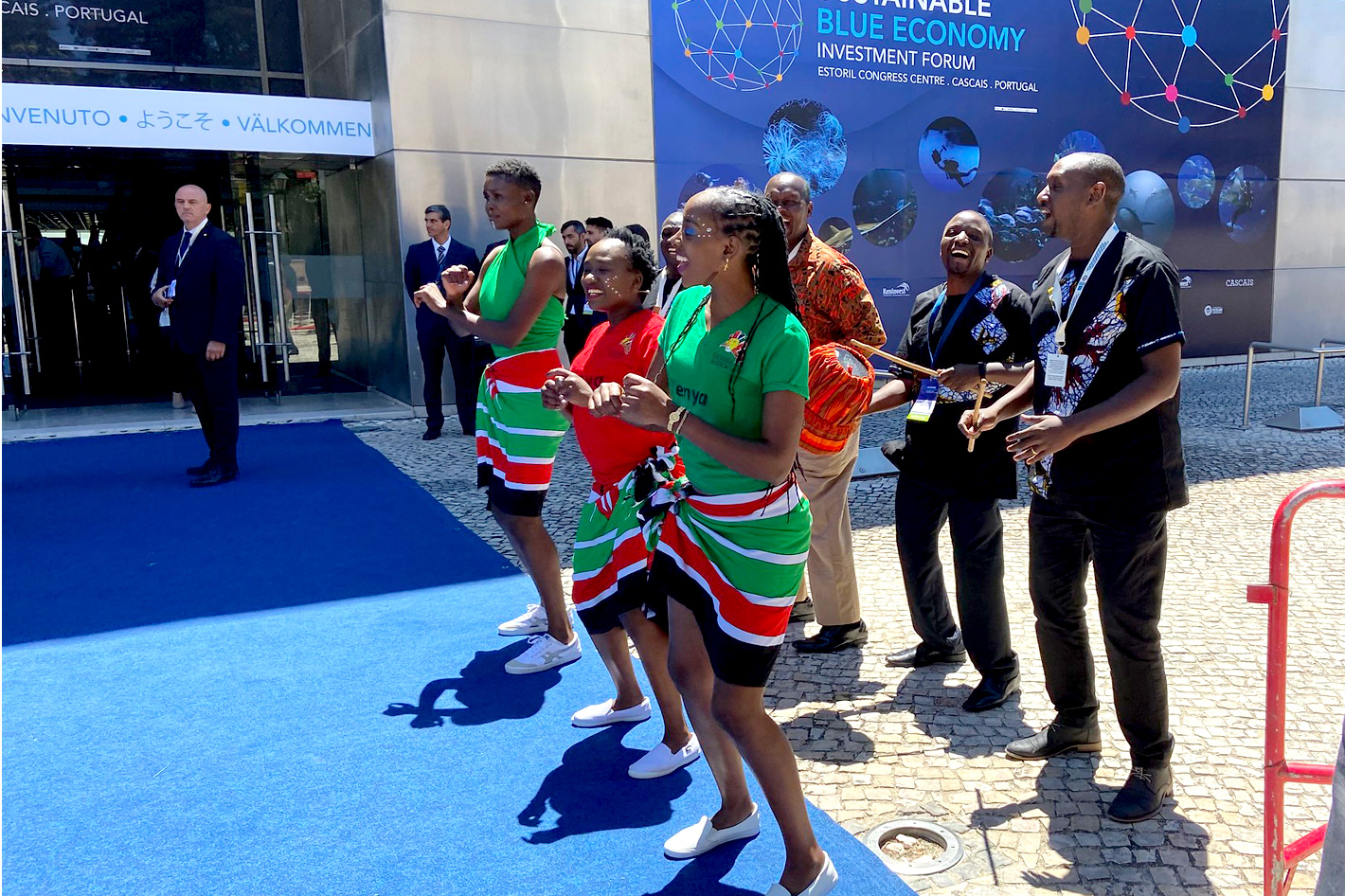 Future of Food is Blue

Iceland Prime Minister Katrín Jakobsdóttir celebrated the launch of the Aquatic Blue Food Coalition at a “Future of Food is Blue” side event at the U.N. Ocean Conference: “The ocean is not only crucial to addressing the climate crisis; it is also an enormous source of resources and food. It needs to be managed in a sustainable and responsible manner and, most importantly, to the benefits of the many and not only the few. Iceland remains a proud supporter of the Aquatic Blue Food Coalition.”

The side event united 16 speakers, including the representative from the United States, and shared the coalition’s vision to promote understanding, acceptance and integration of sustainable blue foods in food systems and food value chain thinking and decision-making.

In addition, according to its declaration, the Coalition committed to “raise the profile of aquatic foods in discussions of the future of food systems, including future international forums… and in national policy making;” and “mobilize support—including investment, technical capacity and partnerships—for countries, or groups of countries, that are setting out to integrate these foods into their food systems and to implement core aquatic/blue food priorities.”

“Small islands of the Pacific look eagerly to working with science, technology, industry and other partners to develop highly sustainable models of blue food across the Pacific,” said Dr. Satyendra Prasad, Fiji ambassador to the United Nations.

At the opening plenary of the conference, Fiji’s Prime Minister Frank Bainimarama, chair of the Pacific Islands Forum, announced a commitment that, “by 2030, [Fiji] will produce more than 160,000 metric tonnes of sustainably farmed and harvested ocean product, supporting over 53,000 new jobs on [its] way to supply half of all blue foods from sustainable fisheries by 2035.”

Jochen Flasbarth, state secretary in the German Federal Ministry of Economic Cooperation and Development, shared how the Coalition will build on the momentum of the 2021 U.N. Food Systems Summit and 2022 U.N. Ocean Conference to mobilize change: “Last year, the United Nations Food Systems Summit stressed the importance of looking at land-based and aquatic food production together in a coherent manner. I'm glad to inform you that Germany has decided to join and support the Aquatic Blue Food Coalition. We see this Coalition as a unique opportunity to advocate for blue and aquatic foods, which can play an important role in healthy diets and food security.”