November 2021 saw the return of live events that support the commercial fishing industry with Pacific Marine Expo taking place from Nov. 18-20 in Seattle. The largest and longest running commercial fishing and commercial marine trades how on the West Coast brought together hundreds of exhibitors and thousands of attendees.

Many of the top stories on National Fisherman this month have a connection to the event but plenty of other developments took shape elsewhere, with the end of a boatbuilding era, a delay in the Dungeness crab season and much more.

You can access and share this story via the National Fisherman App that is available on the App Store or on Google Play. 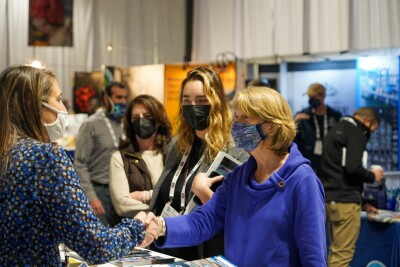 Pacific Marine Expo has had some notable guests over the the years but for many, the highlight of the 2021 event was Alaska Sen. Lisa Murkowski. Murkowski spent about two hours visiting with Alaska’s fishing industry leaders and stakeholders as she walked the show floor. She took the time to have in-depth discussions with numerous exhibitors and answered the questions of many attendees.

Read more about Senator Murkowski’s visit to PME as well as National Fisherman’s complete coverage of the event. 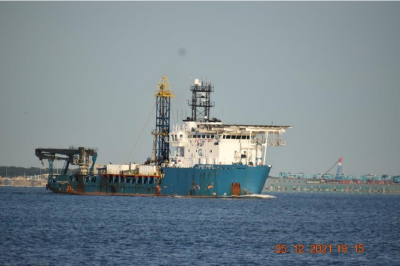 After having reported months ago on a separate ship in violation, a mariners’ advocacy group is alleging another foreign-owned and operated vessel is breaking the law while working in the U.S. offshore wind industry.

In a report recently given to the U.S. Coast Guard and U.S. Customs and Border Patrol, the Offshore Marine Services Association said the 264-foot geotechnical vessel the Geoquip Saentis has been flagrantly violating the 1920 Merchant Marine Act (the Jones Act) while working on that ship with a foreign crew on an offshore wind project. The federal law has many provisions, including one requiring that maritime commerce from point to point in the U.S. must be done by U.S.-flagged, American-crewed ships.

The details of the OMSA report are impressive and can be found here.

Those violations were mentioned during the Offshore Wind & the U.S. Commercial Fishing Industry session that was held at PME. Panelists discussed the multiple offshore wind projects across the nation and how they might impact fishing operations across the country.

The passion that industry experts like Annie Hawkins and Bonnie Brady have for this topic was on full display, with Brady highlighting the importance of addressing offshore wind developments as a collective force, while Hawkins mentioned that in certain cases, the kind of technology that’s going to be utilized hasn’t been defined by offshore wind advocates.

You can read a full summary of the panel here. 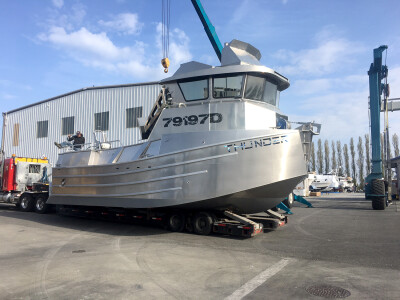 Boatbuilder’s end of an era

When a small business in the maritime sector closes its doors, the ripple effect can be felt far away. Work experience and hard-earned skills are lost, meaning in part that some long-term understanding of an industry is taken out of the pool of professionals. But also, work relationships are lost as professionals fade into retirement or another pursuit.

Such is the case with boatbuilders Petrzelka Brothers, who are finishing up their very last boat. They are closing down shop after 44 years. After they close their business soon, Joel, Jon and Paul Petrzelka will take their locally acquired understanding of vessels with them. 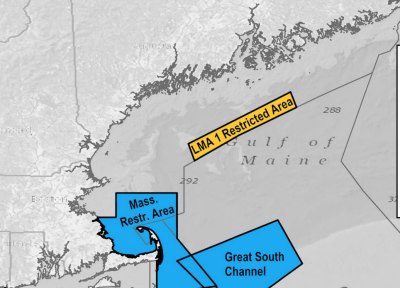 When is a law meant to protect wildlife also a danger to the livelihood of people? of course the answer depends upon the regulation, the people, and the work they do.

A federal appeals court recently reinstated an October to January seasonal closure to lobster gear of a 967-square-mile area in the Gulf of Maine. Prior to that move, at the request of the Maine Lobstering Union, on Oct. 16 U.S. District Court Judge Lance Walker had issued an injunction to delay implementation of the seasonal closure of Lobster Management Area 1.

More on this story and the twisted journey to this point, here. 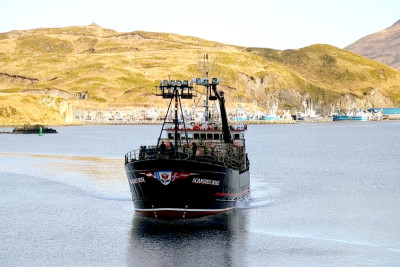 The loss of the commercial fishing vessel Scandies Rose and five of her seven crew members shocked the maritime industry, leading to an investigation into the causes of the Dec. 31, 2019, sinking. National Transportation Safety Board officials recently discussed the group’s investigation and revealed a troubling combination of factors that led to the sinking of the vessel in rough, ice-choked waters.

Board members cited the ship’s flawed stability instructions, errors in icing calculations and other mishaps that led to the sinking. The board also urged NOAA to publicize an experimental website that more accurately predicts freezing spray accumulations.

Read more about the investigation and recommendations here. 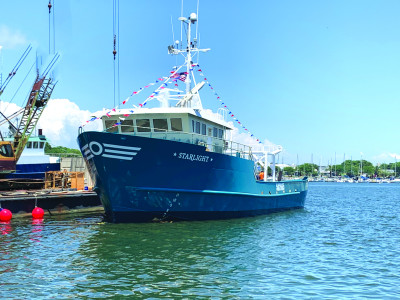 Secretary of Commerce Gina Raimondo announced a disaster declaration for the 2019 Atlantic herring fishery on Monday, Nov. 22. This development was intended to support the fishing industry and help get communities that have been impacted by catch quotas and get them back on track.

Further context about this development as well as a glimpse of what’s next can be found here.

You can access and share this story via the National Fisherman App that is available on the App Store or on Google Play.

Jonathan has written about a variety of industries including automotive, maritime, IT, mining and construction. A longtime freelance journalist and tech writer, he’s contributed to Fortune, Reuters and other media, and has reported for the Wall Street Journal and New York Times. He earned a BA in Professional Writing and Creative Writing from Carnegie Mellon University.

Pacific Marine Expo is back: Here’s what to expect

Pacific Marine Expo is back: Here’s what to expect