“The United States has some of the best managed shark fisheries in the world. Our laws and regulations prevent overfishing while maximizing commercial fishing opportunities and the economic value of our shark fisheries,” Oliver said in the statement issued Feb. 18. “Part of our science-based management is allowing fishermen to sell both the meat and fins of sustainably harvested sharks.” 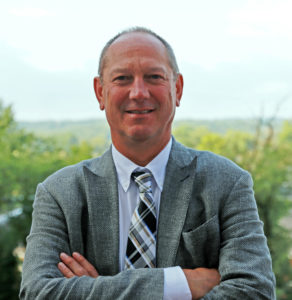 Sentiment among NOAA officials has long been that U.S. fin sale bans — sought by environmental and conservation groups who want to end the practice of finning live sharks at sea — would not benefit shark management in U.S. waters. As campaigns for state- and federal-level fin sale bans continue the agency is becoming more outspoken about its position.

Oliver’s statement comes as Florida state lawmakers move closer to imposing a ban on the legal shark fin trade. Advocates say the state is a center for U.S. shark landings, and their avowed goal is to reduce fishing mortality on sharks. A bill for a federal sales ban passed the House of Representatives in November 2019 but remains bottled up in the Senate.

“For decades, U.S. fishermen have been barred from removing shark fins and discarding the body at sea, a practice known as shark finning,” said Oliver. “With a limited exception for smooth dogfish, sharks must be brought to shore with their fins naturally attached. Under current federal law, fishermen and dealers can then remove and sell the fins along with other parts of the shark.

“Preventing shark fishermen from selling these fins would not improve domestic conservation and management. We are required by the Magnuson-Stevens Act to prevent overfishing in our shark fisheries regardless of whether fins are allowed to be sold or not. A ban on the sale of shark fins would only regulate which parts of a sustainably harvested shark can be used.”

Legislative bans on selling those fins would have little global impact, as the U.S. exports about 1 percent of globally trade fins and imports an even smaller percentage, according to Oliver.

Still, fins legally landed with sharks are important for any directed shark fishery because they have a higher per pound value than shark meat, he said. And the U.S. shark fishery gives U.S. fishermen and managers a voice in international shark fisheries and conservation forums, said Oliver.

“Domestic bans on harvesting fins would also undermine our efforts to promote international dialogue and negotiations on sustainable shark management. Responsibly participating in the global fin trade allows the United States to showcase our strong conservation and management practices overseas.”

Not just another shark story