On the heels of a global pandemic, the overall value earned by harvesters in 2021 jumped by more than $365 million to a new historic value, according to data from Maine Department of Marine Resources.

2021 is now a year of historic value for Maine commercial fishermen. Recently released data from the Maine Department of Marine Resources indicates that the overall value earned by harvesters in 2021 jumped by more than $365 million and exceeded the previous overall record of $733,691,455, set in 2016, by $150 million.

The numbers, which reflect the strength of an historic year for lobster and a rebounding elver fishery, reached an all time high at $890,668,873, according to the report now made available. Maine is considered as one of the most important commercial fishing states in the country, because of its lobster fishing industry.

"The hard work of Maine fishermen, aquaculturists and dealers once again resulted in tremendous economic benefit for our state," said Maine Governor Janet Mills. "On the heels of a global pandemic that has challenged every link in the supply chain, the men and women who harvest, cultivate, process and sell seafood from Maine continue to ensure that the highest quality products find their way to market."

According to the Maine Department of Marine Resources, “Lobster was again by-far the most valuable commercial fishery at $730,596,022 in landed value in 2021 on the strength of a per pound price of $6.71 at the dock. Lobster harvesters earned $2.50 per pound more in 2021 than in 2020. The most recent reported total was an increase from February’s report due to on-going audits of landings reports.” 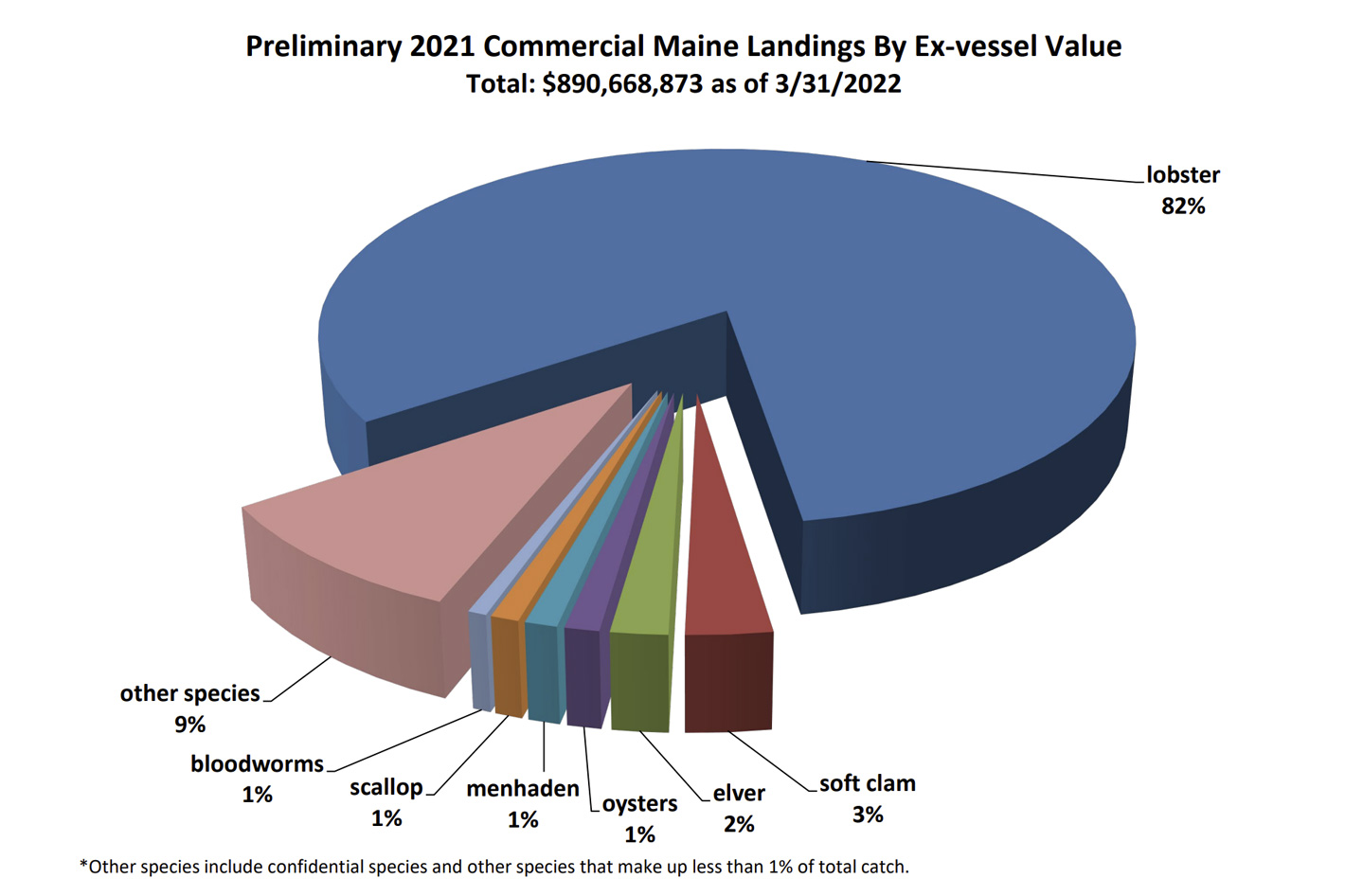 For the second year in a row, soft shell clams were the second most valuable species, with harvesters pocketing more than $25 million. Here is some more information available in the report:

The new data confirms that “despite a decline in landings of nearly 5 million pounds from the previous year, Menhaden, a popular bait for Maines lobster industry, earned harvesters $9.5 million, the result of a 65 percent increase in per pound value. The overall value ranked Menhaden the fifth most valuable fishery in 2021.”

A 51 percent increase in per pound value compared to 2020 placed Maine scallops as the sixth most valuable Maine fishery in 2021. Harvesters earned a total of $8.3 million, a jump of more than $1.3 million over the previous year.

"The consistent increase in per pound value is a reflection of strong demand for the products harvested here in Maines coastal waters," said Patrick Keliher, Commissioner of the Maine Department of Marine Resources. "This industry has once again proven that dedication to quality pays off, and that the best seafood in the world comes from Maine."

Reports for all species can be found at https://www.maine.gov/dmr/commercial-fishing/landings/index.html