The Coast Guard suspended its search Thursday afternoon for two crew members still missing after their shrimp boat sank Tuesday night, Jan. 7, off the coast of North Carolina. The 42-foot trawler F/V Papa's Girl went down in strong winds as a cold front moved into the area. 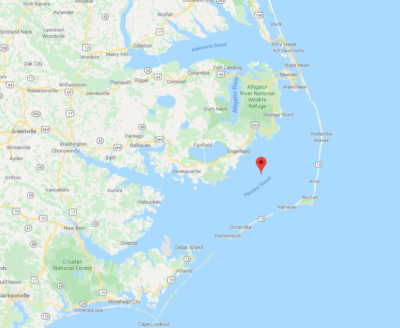 According to Coast Guard reports, Gibbs and Poe were both suffering from the effects of hypothermia. Family members reported to the Charlotte Observer that only Poe had made it into a life raft, while Gibbs was pulled from the water. The captain reportedly required CPR and was pronounced dead at the hospital.

Coast Guard crews and good Samaritan vessels continued to search for crew members Keyrn Davis and Sammy Douglas throughout the day and night on Wednesday, Jan. 8. The Coast Guard suspended its search on Jan. 9 after covering more than 1,000 square miles of the sound.

“The marine environment is a dangerous place to work because of the cold water, rough seas and high winds,” said Rear Adm. Keith Smith, commander of the Coast Guard's Fifth District. “Our thoughts are with the families, and we are very grateful to the master of the vessel, whose EPIRB saved the life of the survivor.”