Florida rescuers fan out as Ian heads toward South Carolina

“We’re hearing early reports of what may be substantial loss of life,” President Biden said at a 1 p.m. briefing by the Federal Emergency Management Agency in Washington, D.C.

Biden issued a disaster declaration for Florida counties affected by what he said could be the deadliest storm in the state’s history. The declaration will expedite delivery of federal aid including 100 percent of cleanup costs and repairs to public buildings.

More than 1,000 FEMA personnel are on scene now and more federal assets are committed, said Biden. He used the brief television appearance to warn the government would be on the lookout for price gouging.

Addressing oil and gas companies, Biden said “do not use this storm as an excuse to raise prices and gouge the American public.” Biden also assured Puerto Ricans but FEMA and the administration would not be distracted from the island’s needs after hurricane Fiona ripped across it earlier in September.

Storm surges reported as high as 12 and 14 feet inundated Fort Myers and Fort Myers Beach, devastating marinas and commercial fishing docks. The causeway to Sanibel island, the highway link to the region's barrier beach communities, collapsed in several sections and an underlying island was washed out.

After dumping rain across the Florida peninsula, tropical storm Ian swung over the Atlantic and headed for the South Carolina coast, regaining hurricane strength Thursday afternoon.

Tropical storm watches were raised through North Carolina to Duck and the Pamlico River. 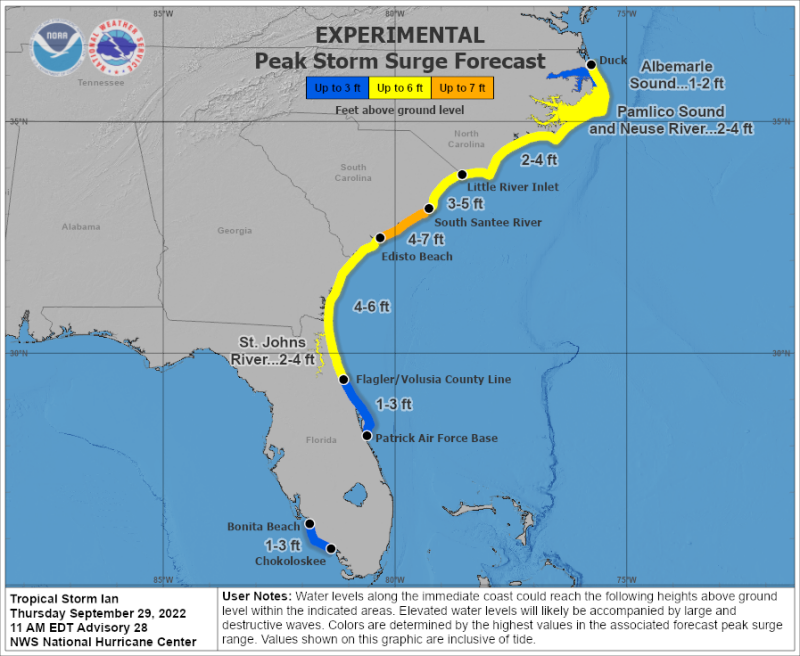