The weather is starting to turn here in the Puget Sound. Summer greens are changing to yellows, oranges and reds against the backdrop of the crisp blue water. For non-ocean dwellers this change is a sign of pumpkin patches and plaids. But for us sea folk in the region it’s the season of Dungeness crab.

This west coast staple is a hearty species that roams from California all the way up to Alaska. The commercial harvest varies from state to state but the start for Washington is usually the first week of October in the Puget Sound. The meat is slightly sweet with a nutty profile and best when drenched in butter and garlic. (Isn’t everything though?) 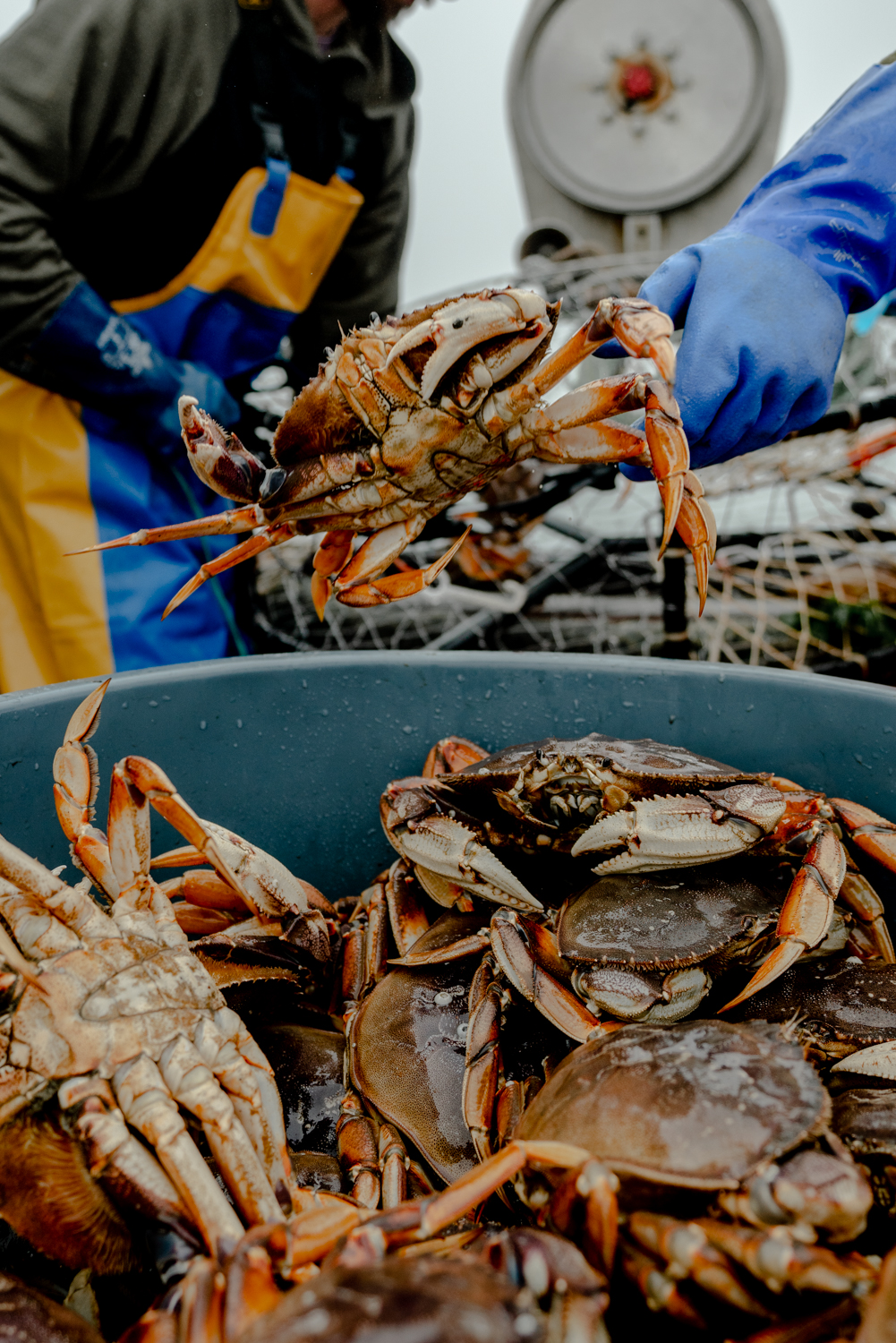 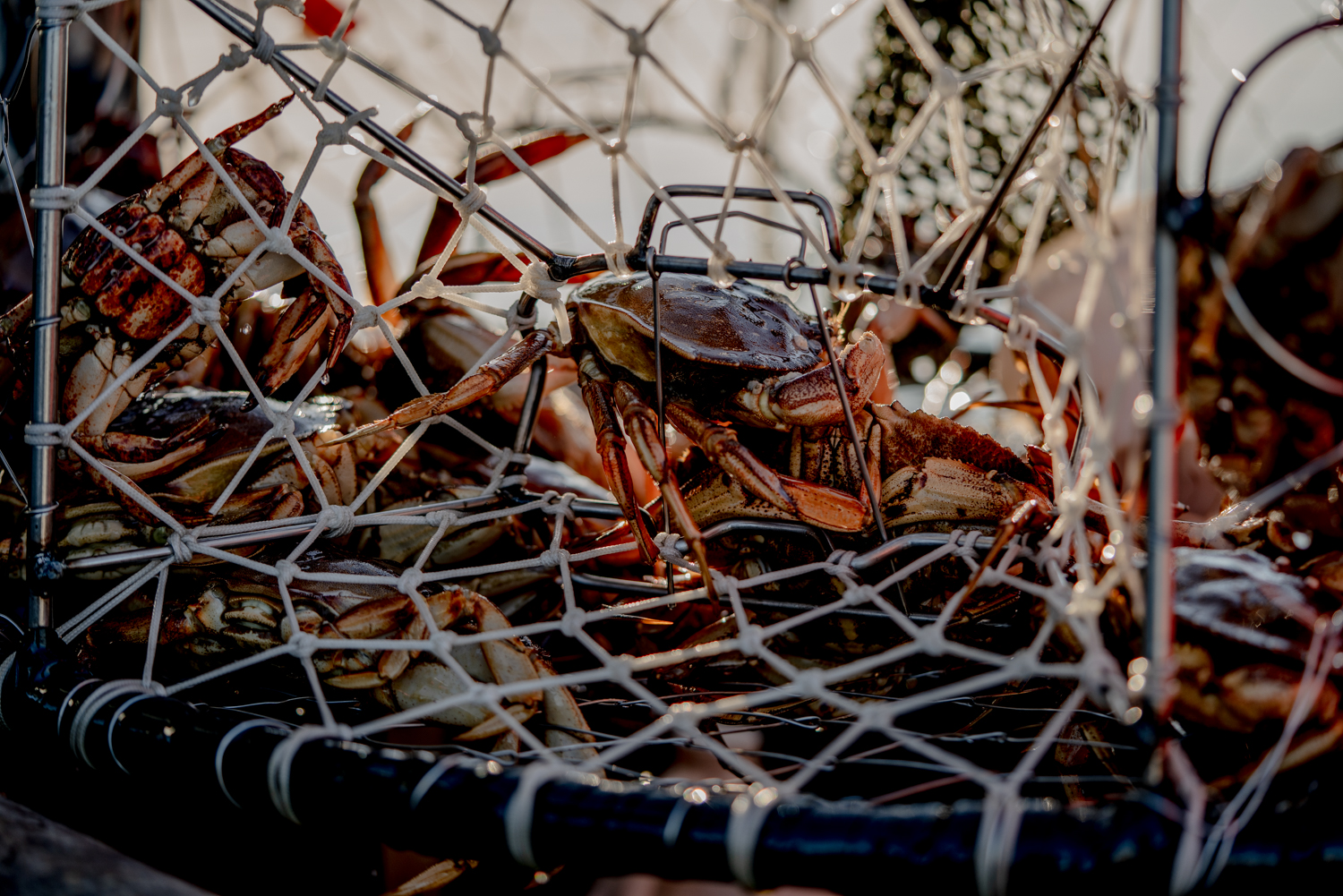 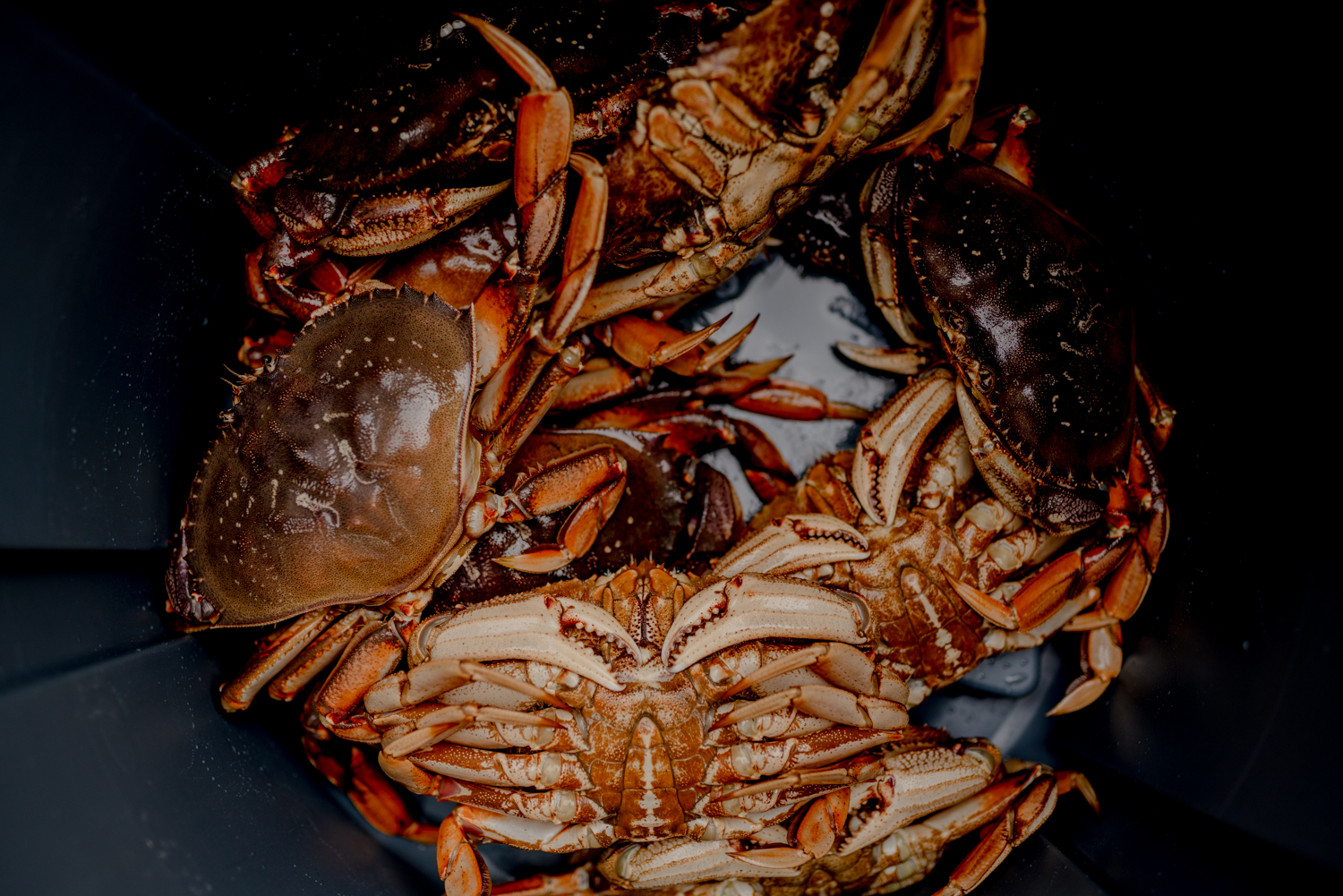 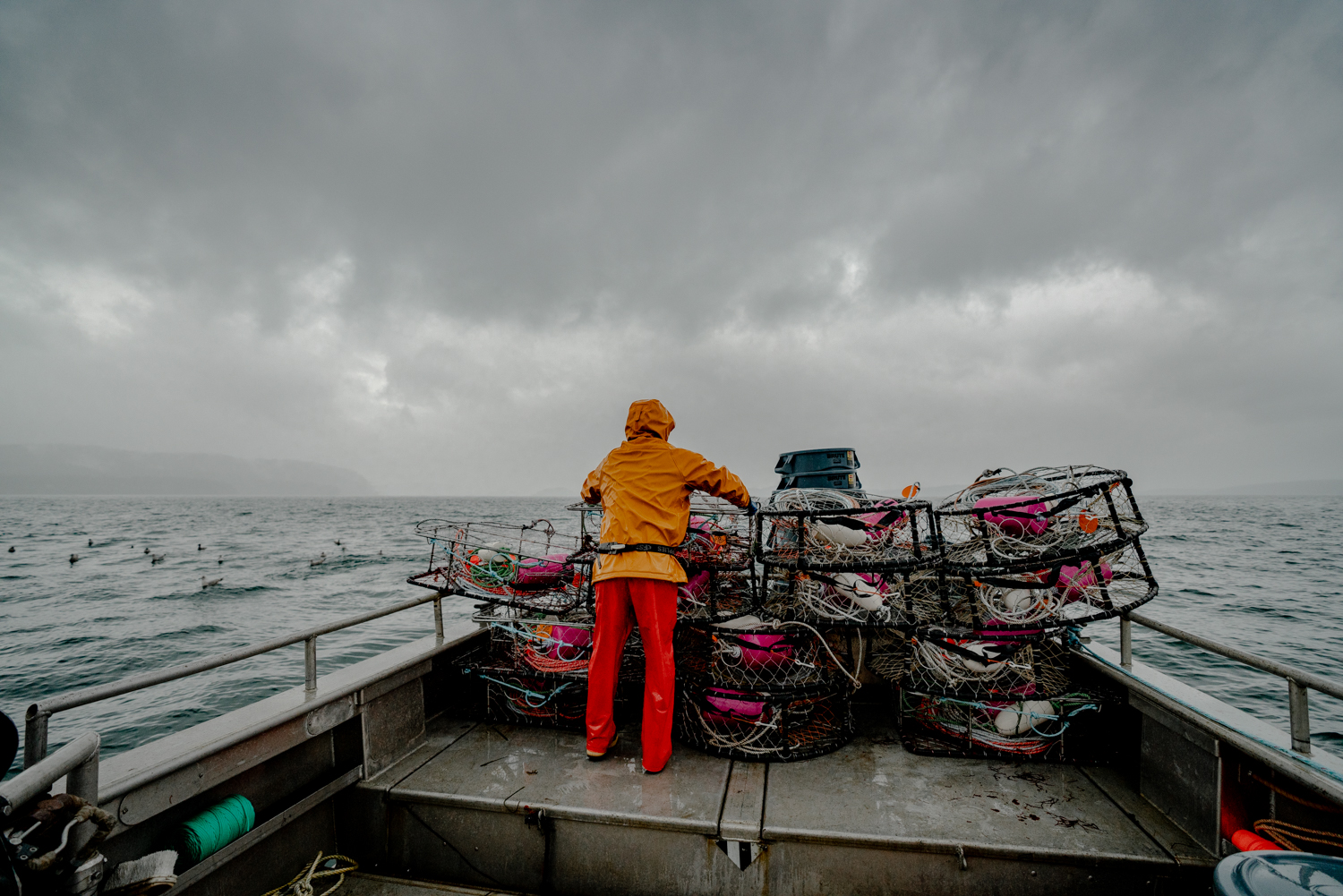 I became a true fisherman the season I fished Dungees alongside my husband. My short career as a mariner has been speckled with deckhand work but I had never hauled a pot until the fall of 2020. That's when I got the authentic experience of clam juice in the eye, squid guts in the mouth and a full day on deck freezing my little fingers off. It was awful for the briefest of moments and the rest was the best time of my life.

I loved being on the boat before dawn. The first cup of coffee on deck by myself, as the sky brightened from black to purple, is so deeply ingrained in my memories. The cold, salty breeze revived my soul every morning as I painted the landscape of Anacortes in my mind. While Sean drove the boat out of the harbor, I chopped up bait; a task I would normally despise but found myself enjoying as part of the morning routine (minus the occasional salty bit in the mouth). There was satisfaction in the repetition of the task that helped me get the sleep out of my eyes and the bite of the cold wind made me alert and ready to go. Breakfast sandwiches in the diesel stove would eventually waft through the small house of our 34ft boat and I would join Sean inside for the rest of the steam out to our first string of pots. I would watch him as he studied the navigation system, lit only by the computer screens. I could see him planning for the day thinking about which pots to haul first and where to set back. This was the first time I had ever seen him as a captain on the fishing grounds and it was then that I understood his love for being on the water. After a while he would give me a 10 minute warning signaling it was time for me to get out of my slippers and into my rain gear and XTRATUF’S. 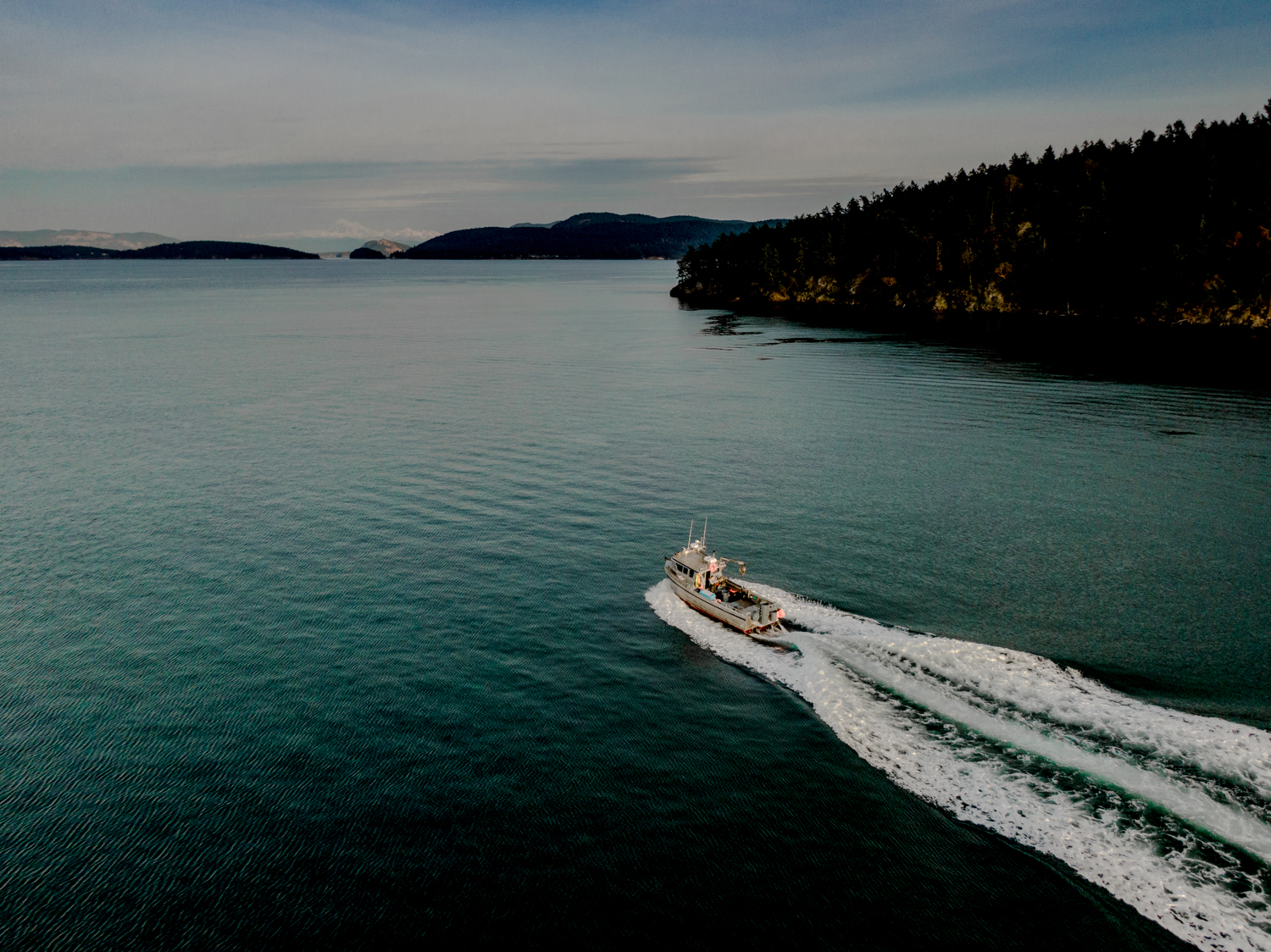 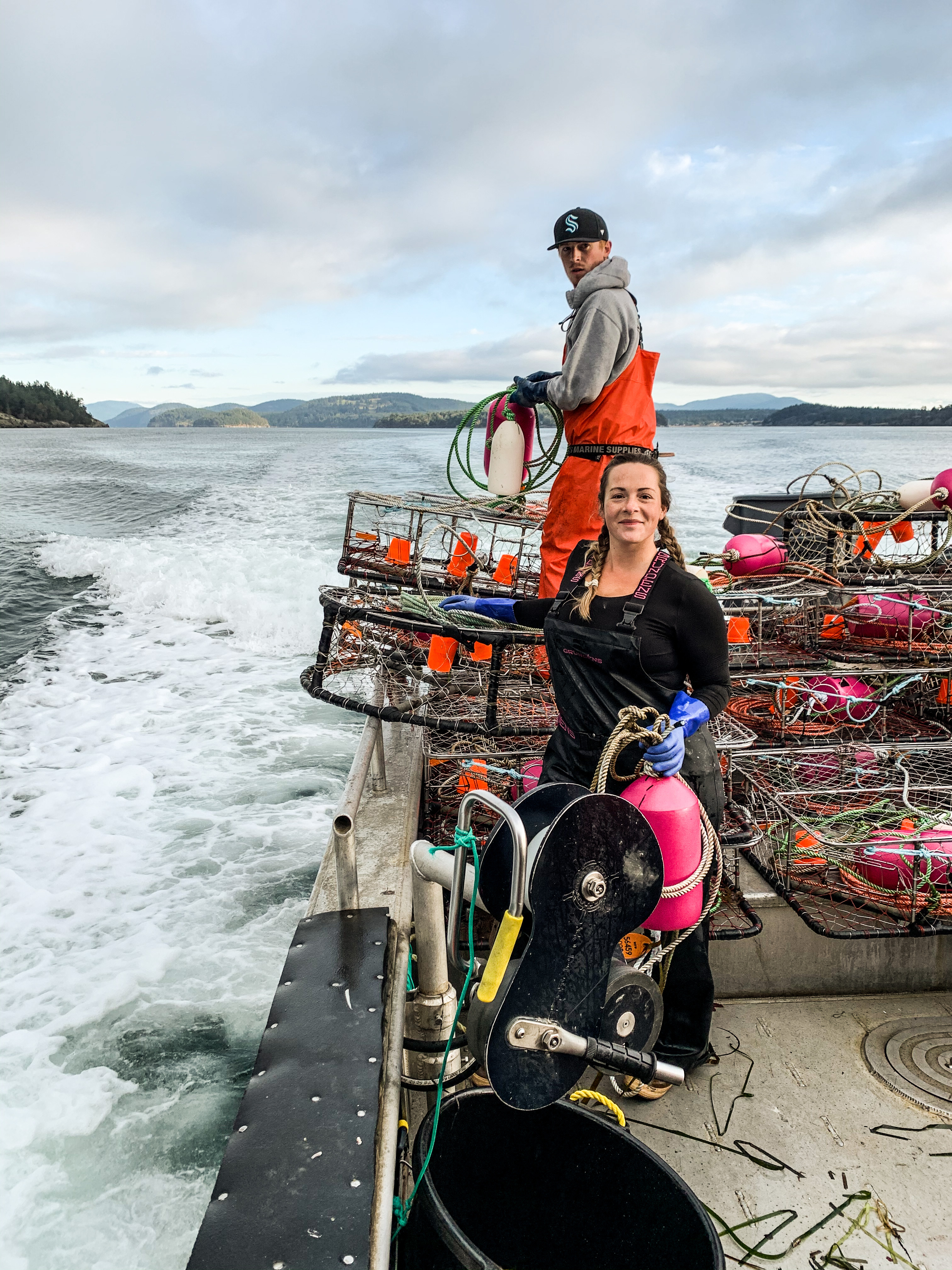 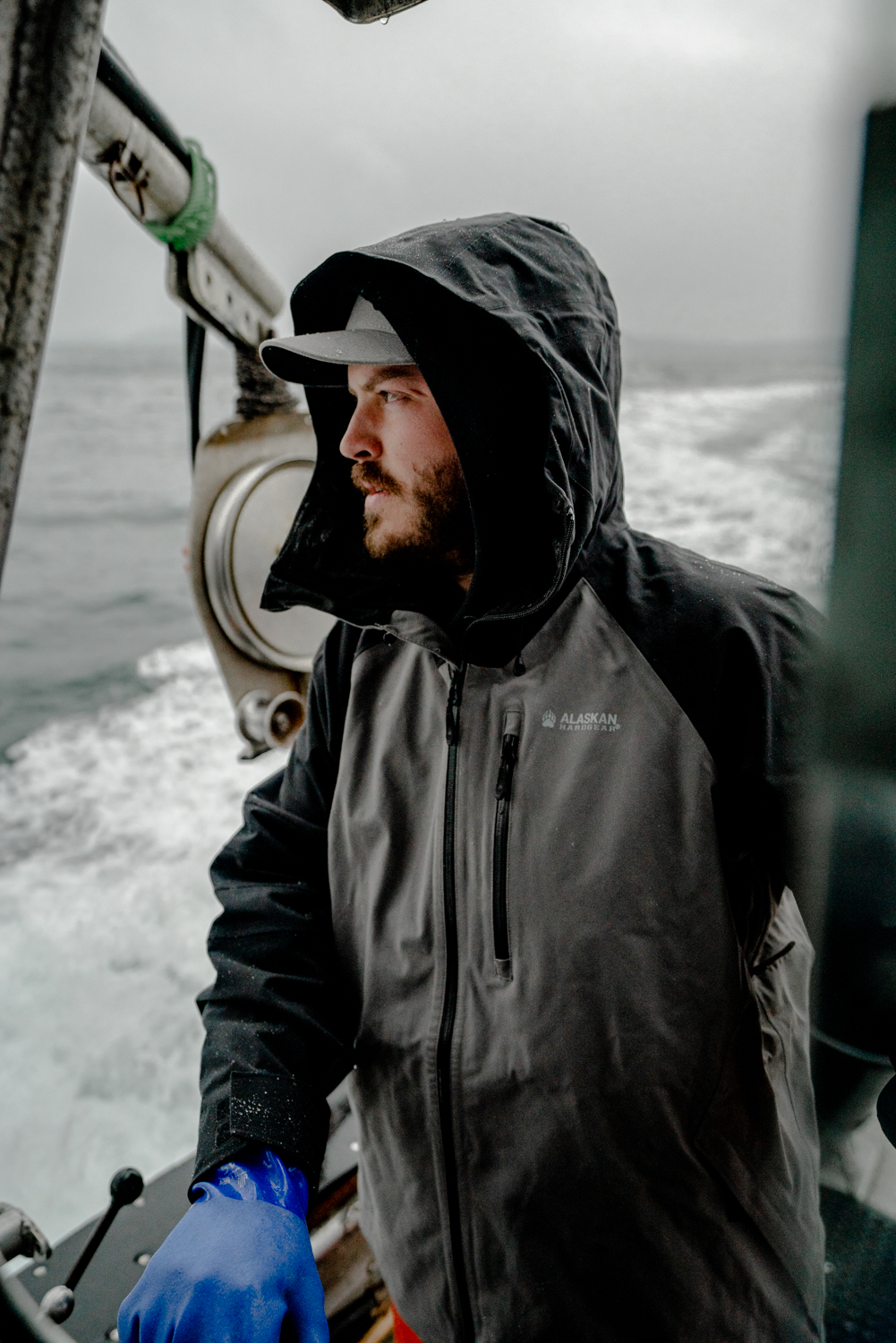 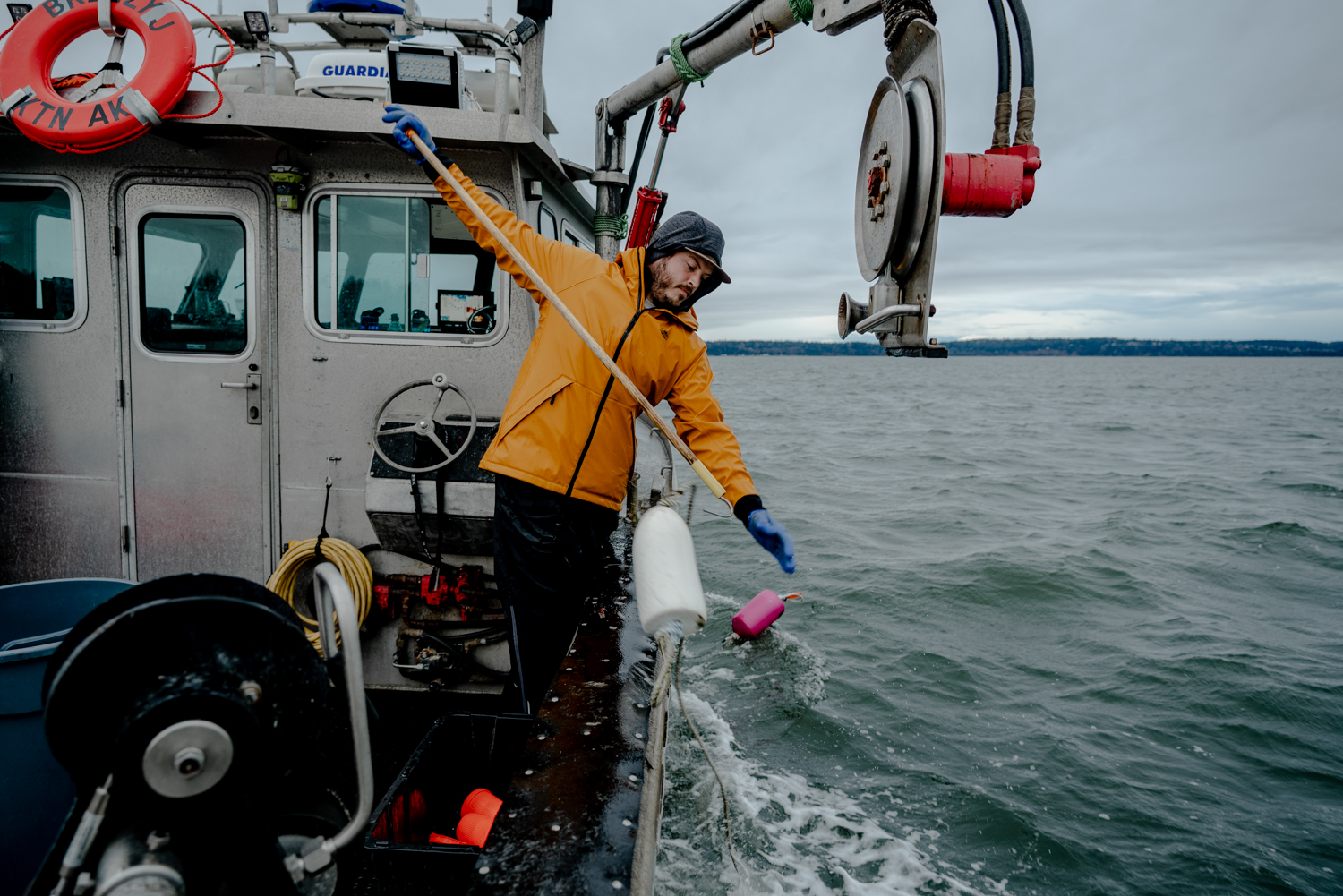 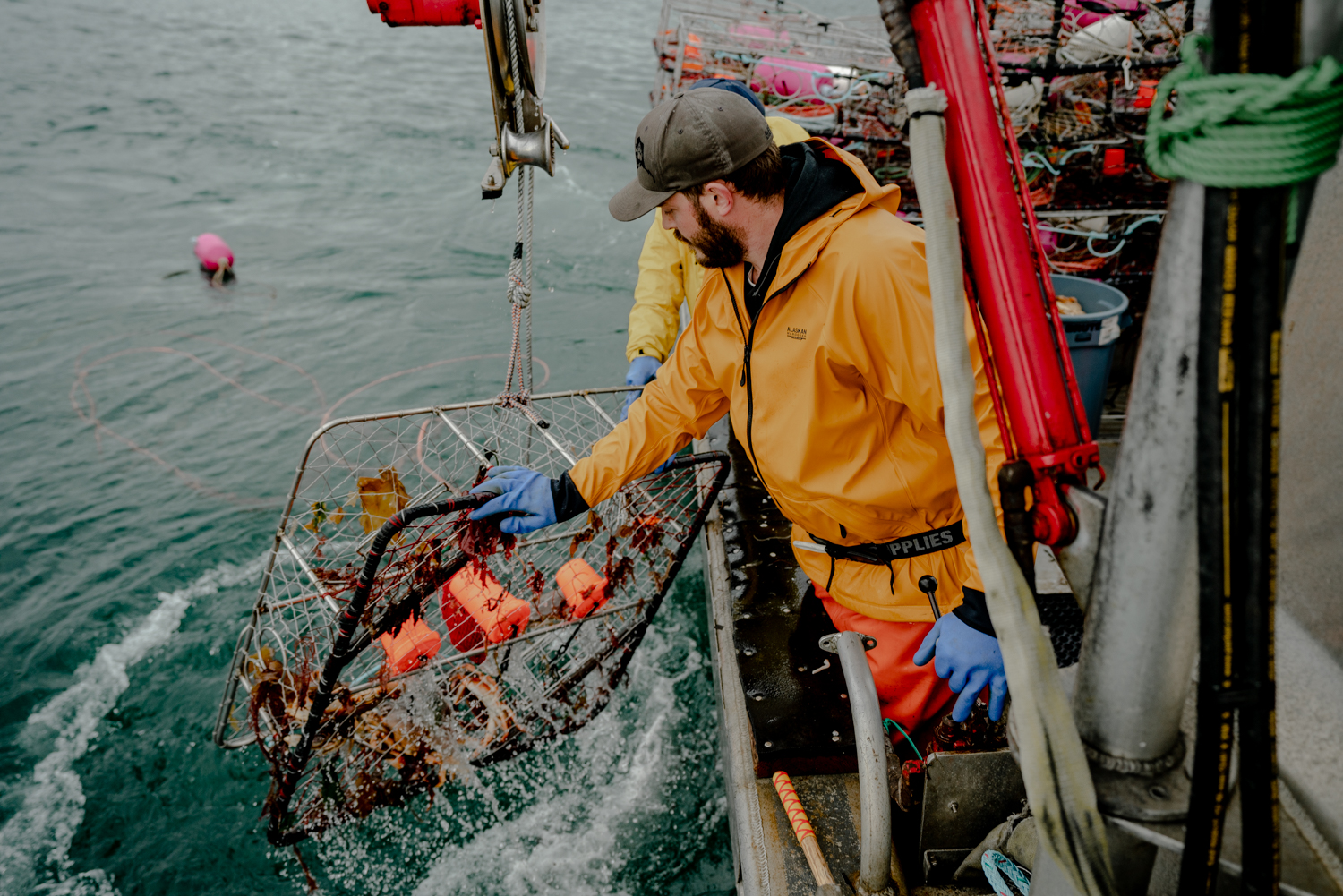 Sean and I became an efficient team. He ran the hydros and the boat from the sticks on deck and I managed the line and buoys. Together we sorted crab, re-baited pots and dumped them back over the side. We repeated this for 100 pots a day against the backdrop of the San Juan islands, listening to music and spending time, just the two of us and a gaggle of hungry gulls.

The seagulls were my favorite. After sorting the crab I would toss the old bait over the side and be immediately bombarded by a tornado of birds. They squawked and screeched as they dove down for the sinking clams and squid. Some emerged victorious while others got caught in a tangle of beaks and talons over an empty shell. It was mindless entertainment for me as I repeated the feeding for every pot, sometimes trying to give the shy guys a chance at a meal. 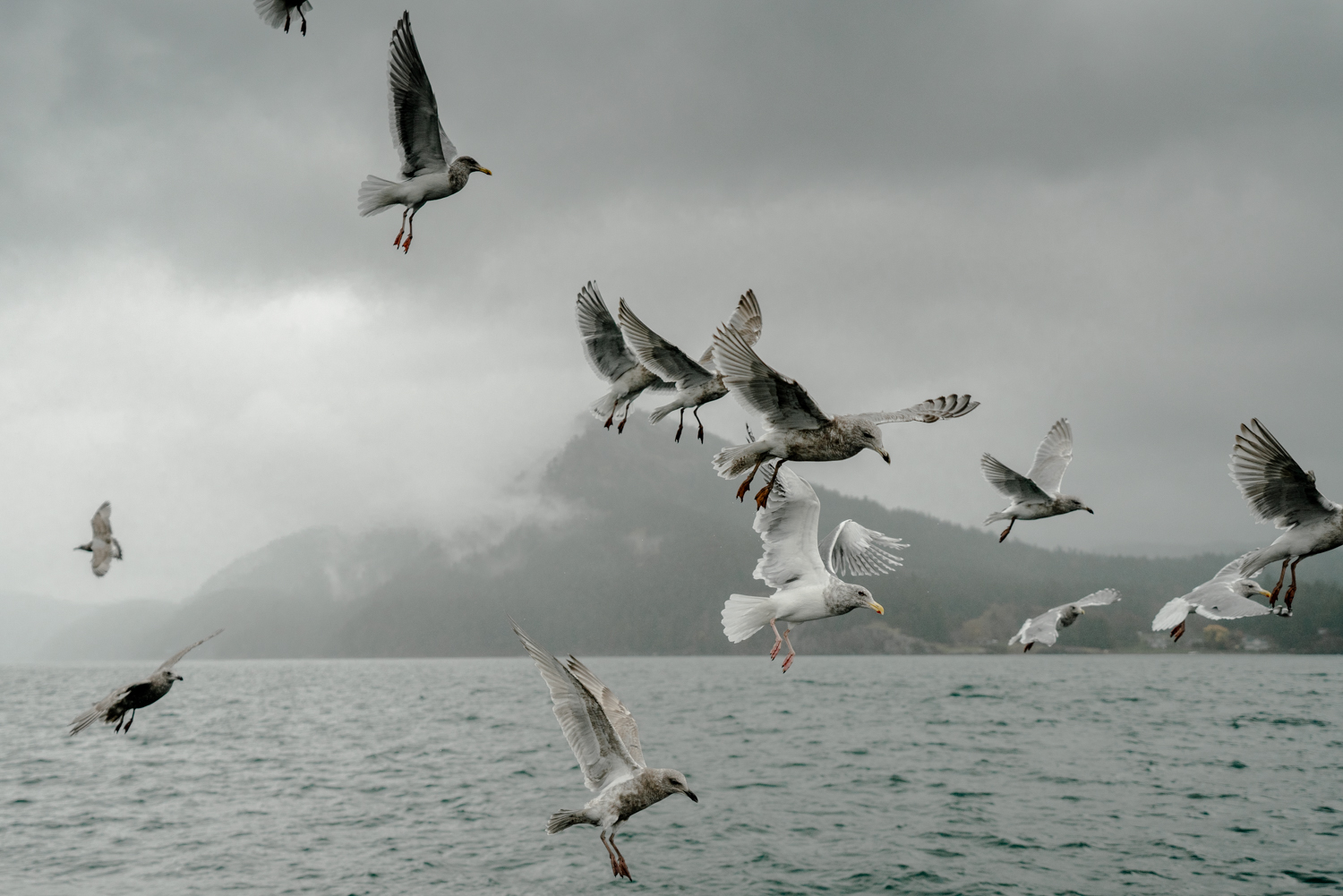 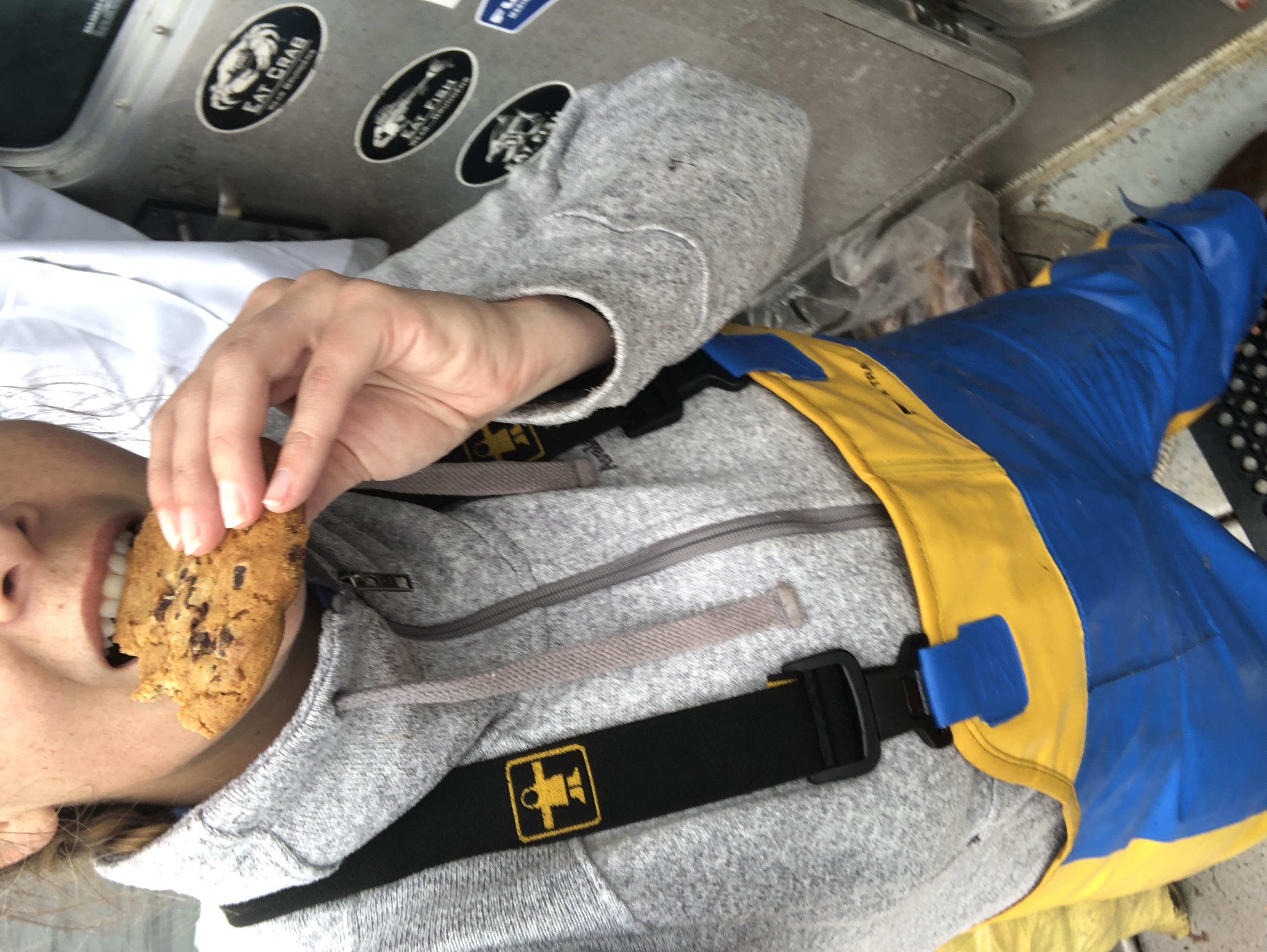 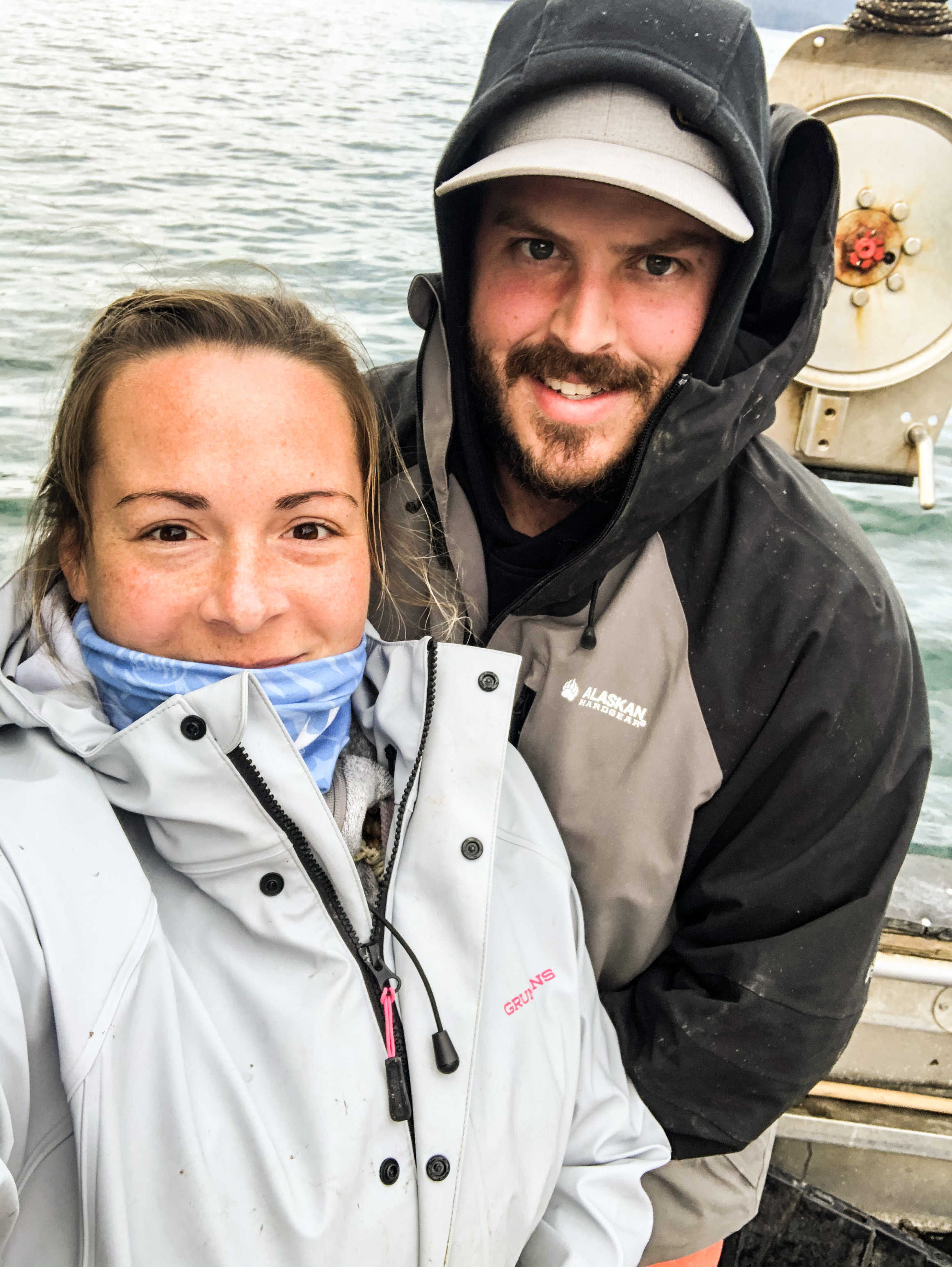 After the last string we would head back to Anacortes to offload, cleaning and resetting the boat to do it all again the next day. I would immediately change into a cozy sweater and boat slippers, wash my hands and devour a cookie; somewhat of a mirror to how the day started (not always minus the cookie).

My experience fishing Dungees alongside my husband has been a highlight of our relationship. In some ways it prepared us for a baby; the early wake ups and long days, patience, and forgiveness when we’ve made a mistake. Fishing together helped me understand my husband's career better and taught me a lot about the lifestyle that so many of my subjects live every single day. It can be hard work and tough on your body but for me, it was also really good for the soul.

Bri Dwyer is an editorial and lifestyle photographer specialized in the commercial fishing industry. She has traveled throughout Alaska documenting different fisheries and working with clients such as Xtratuf, Alaska Seafood Marketing Institute and Trident Seafoods. “Shaping the narrative of the commercial fishing industry in a transparent, authentic and beautiful way is a priority for me." Her experience working in rural Alaska and on fishing boats gives her a ‘go-with-the-flow’ approach to shooting on location that allows for genuine interaction with her subjects. “Building trust with the people in front of my camera is imperative. I have to assume everyone has an aversion to being photographed if it’s not their job to be.” Bri lives in Seattle, WA with her husband, Sean, their daughter, Blakely and their 2 dogs.

Every boat a step up: Luke Williams builds a career adapting

Every boat a step up: Luke Williams builds a career adapting