Bottom trawlers skippers need to evaluate realistically abundance and distribution of near bottom species before spreading their trawl. But bottom trawling is the most demanding fishing purpose for hydroacoustic technologies, and most classics sounders struggle to provide a realistic assessment of the near bottom biomass. With Seapix, iXblue 3D multibeam Sonar, skippers now have a sounder that can provide unrivalled features for bottom trawling operations.

Well-known by skippers, classic sonar technology can provide a good range detection of demersal and pelagic fish shoals, but detection gets difficult when fish are located close to the sea bottom, especially over hard bottoms. 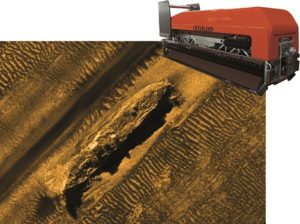 iXblue, a global leader in the design and manufacturing of innovative solutions devoted to navigation, positioning, underwater imaging, has conceived a large range of hydroacoustic systems designed to address the full spectrum of subsea imagery applications, from sub-bottom profiling to water column monitoring. Its systems are used worldwide by scientists, military and civilian hydrographic services, and civilian customers.

"We focused on enhancing acoustic signals received from behind bottom circle area. Thanks to very narrow beams and new beams forming, we have seen a dramatic improvement and we are now very satisfied with the new features allowing for fish discrimination against near bottom characteristics even ahead and at the back of the ship," says Guillaume Matte PhD, Manager of hydroacoustic developments at iXblue Sonar Systems division.

Since September, a new algorithm has been implemented for all SeapiX 3D sonars for bottom trawlers. Thanks to its unique acoustic array geometry and stabilized Dual/Streerable Multibeam swaths, SeapiX provides enhanced features giving skippers a better understanding of the fish resource ahead of the vessel and enabling them to take driving decision of their whole gear accordingly. 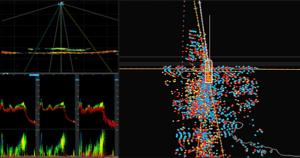 More than taking advantage of detection fish with prior notice, SeapiX 3D Sonar offers also very innovative information to follow-up fish shoal from ahead to stern side, during 50% of the fish trajectory, until they reach the net gear.

According to comments from skippers operating this new forward-looking detection technology, bottom fishing operations have improved their profitability.