Wednesday morning, seven witnesses testified on Capitol Hill about the Pebble Mine permitting process in Alaska.

The House Transportation Subcommittee on Water Resources and Environment hearing was weighted heavily in opposition to the proposed mine, with only Tom Collier, Pebble Partnership CEO, speaking in support of the project. 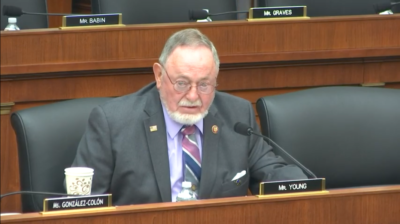 "I've never been for or against this project. But I am for the process," said Alaska Rep. Don Young during his opening statement at the hearing. "When I look at the witness panel, there's not one on the witness panel that's a scientist or is an engineer, nor a federal witness… We ought to have on our witness stand the EPA, we ought to have the Corps of Engineers. We ought to listen to the science."

The seven-member panel, however, did include Dennis McLerran, a former EPA regional administrator; and Richard Borden, a longtime employee of Rio Tinto with bachelor's and master's degrees in geologic sciences. Rio Tinto divested its stake in the mine in 2014, donating its shares to local charities.

Sprinkled throughout the hearing were references to allegations of insider trading against Northern Dynasty Minerals Ltd., Pebble Corp.'s parent company. 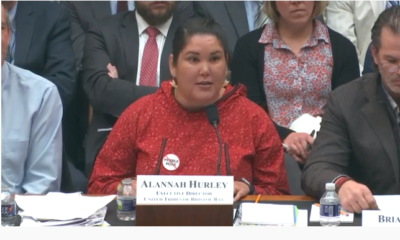 "Why is it that major announcements and agency decisions are known to Northern Dynasty shareholders who actively discuss this knowledge in online investment forums before those decisions are publicly announced?" asked Alannah Hurley, executive director of the United Tribes of Bristol Bay.

Ahead of the hearing, on Monday, Oct. 21, an attorney representing the activist group Earthworks submitted a letter to the Securities and Exchange Commission, Financial Industry Regulatory Authority and the New Jersey Bureau of Securities requesting an insider trading investigation into Northern Dynasty.

"I'm troubled also by the recent allegations of insider trading," said Florida Rep. Debbie Mucarsel-Powell. "I just don't understand why there's any other explanation as to why there was such a significant increase in Northern Dynasty's stock trades shortly before the EPA's decisions to lift protections for the area." 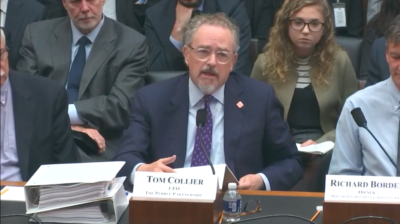 Mucarsel-Powell addressed her concern to McLerran, who explained that a leak of a decision before it was public and if someone capitalized on it "could very well be an insider trading problem."

In response, Collier said: "I want to adamantly state that we had no such advance knowledge at all of the decision. Nor did we know what the decision was."

The thrust of the more than two hours of testimony, however, focused on the financial feasibility of the mine's scaled down scope and size, the lack of credible data in the draft assessment, and the draft's unaddressed long-term threats to the entire region of Bristol Bay. 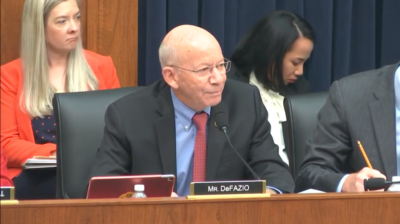 "These dams are going to be 545 feet tall, made out of dirt, rock, in an area that's seismically active and currently gets an average of 50 inches of rain a year," said Oregon Rep. Peter DeFazio. "'Don't worry, we can treat all of that. We can get all the toxic waste out from exposure and then ultimately we'll submerge it and put it in this giant lake and everything will be fine and we'll treat it in perpetuity. Forever.'"

The committee turned to Borden and Collier to assess the feasibility of the permit's claims.

"I've never seen such high flows linked with such a complex treatment process in my career," said Borden, referring to the long-term treatment of water in the region after mine closure. "Water treatment is truly an achilles heel of this project."

"How much does that cost?" asked DeFazio. "There's no closure analysis in here. So we know what kind of closure it's gonna be. They're gonna dump it on the people of Alaska and the taxpayers of the United States. I'd say we have a pump and dump."

Borden noted that "even being rather kind and conservatively low, it would be $40 million a year, every year, just in costs to run a water treatment plant here" after the mine closed.

"Have you submitted a document on this much smaller mine, showing it's financially viable to the Corps of Engineers that is a certifiable, real analysis?" DeFazio asked Collier. 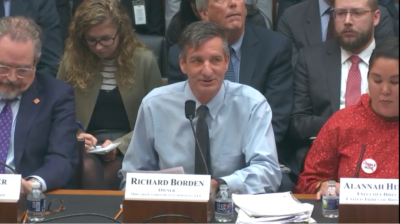 "Based upon a careful review of the available financial data, it is my professional opinion that the mine plan being evaluated by the EIS is most certainly not economically feasible. I have estimated the proposed project to have a net present value of approximately negative $3 billion," Borden testified.

"Rio Tinto and others," said DeFazio, "withdrew from this project because they knew it was a scam and it wasn't economically viable."

The four mining companies that have drawn down investments in this project — Mitsubishi, Anglo American, Rio Tinto and First Quantum Minerals — pulled out before the project was scaled down.

A scaled down project, however, does not eliminate the potential for contamination in the region.

"We've seen this before," DeFazio said. "I've got one right in my district. A Canadian company came in, did a bunch of mining. 'Oh, we're gone. We're bankrupt. And you've got the toxic waste.' We're still working on cleaning that up."

"So here we have a shell company with no other assets except for this claim," DeFazio said, noting that the shell company protects investors from liability in the case of a catastrophic failure. "And they are going to be able to create the largest perpetual water treatment plant in history, the history of the world, never been done before."

The long-term viability of the Pebble Corp. is a top concern among detractors of the project, based on the expense and scope of the containment facilities that would prevent toxic runoff into salmon streams.

National Fisherman will host a Keynote Panel on Pebble Mine at Pacific Marine Expo on Thursday, Nov. 21. Visit PacificMarineExpo to register.