Over the last 5 years I have spent 4 of them going to Bristol Bay in the summer to witness the largest commercial harvest of wild sockeye salmon in the world. I have worked the deck of a tender, picked fish on a gillnetter, walked the trail with bears at Brooks Lodge and thrown up my spaghetti on a particularly rough ride back from the Nushagak. Bristol Bay has been a contribution to my success as a photographer as well as my evolution into the passionate seafood educator I’m working to become. 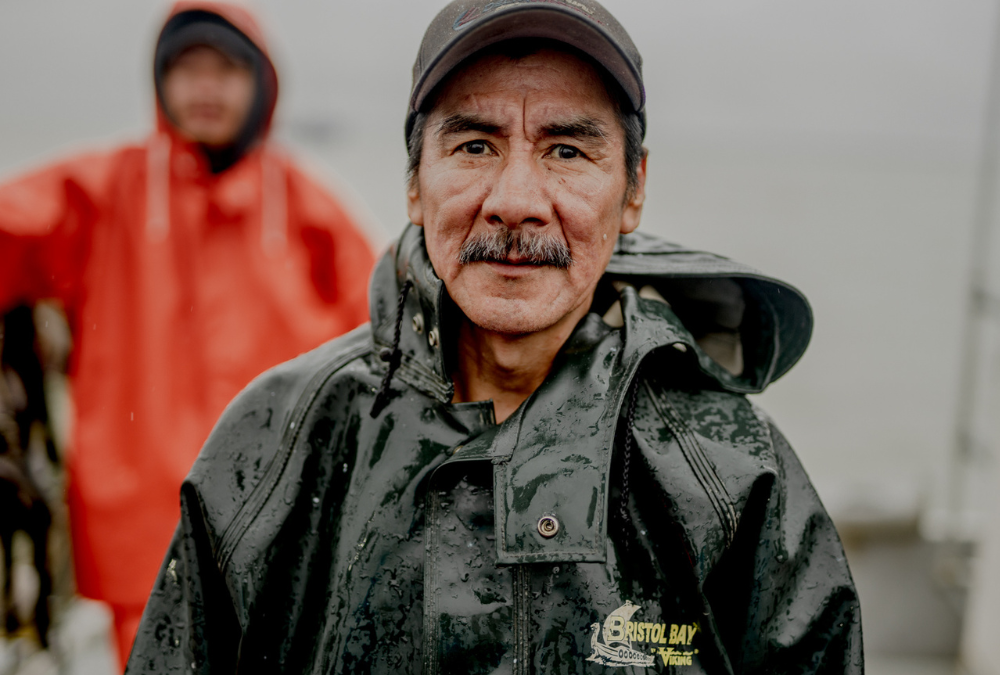 My first summer working on the deck of a tender in 2017 was the beginning of my rebirth as a photographer. It was a departure from the brides and grooms I had been used to working with but I felt so comfortable and inspired in this new environment. It wasn’t the landscapes because, if we’re being honest, the Johnson Hill Line on the Naknek isn’t much to look at. It was the collection of people brought to Bristol Bay by the salmon that influenced my work. The dirt, rust, sweat and fish scales told me a story of a hard day at work. The hooded eyes and 5th cup of coffee identified a sleepless night. The midnight sun provided the perfect glow for an offload at the end of the day where each crew was beaming from the stoke of a 15,000lb delivery. I fell in love with the documentary style work I was producing and felt like I had finally found what it was I was supposed to be doing with my career. 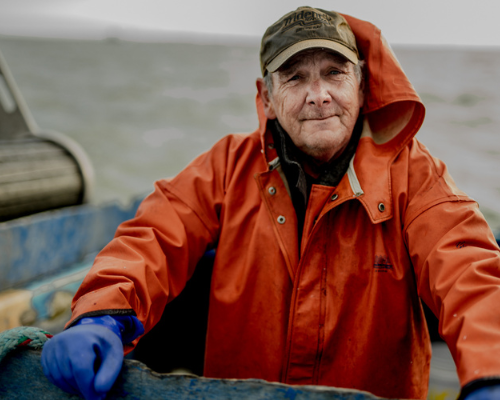 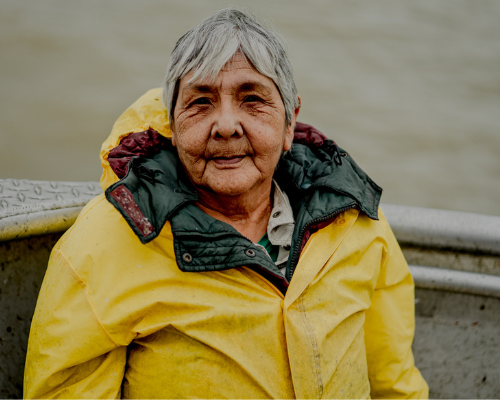 After that first summer, I made it a point to return every year. Each visit I was braver and more confident, building relationships and making connections. I started to go out for openers on the drift boats where I learned to pick fish, returning to the tender covered in fish scales and slime after laying under the net with my camera. I spent more time in Naknek and King Salmon where I met processing plant workers, had drinks at the Red Dog Saloon and eventually made it to Brooks Lodge in the Katmai National Forest where I walked the trails with bears and watched them catch salmon from the falls. I have met men and women from all walks of life who all have a love for fishing in common. 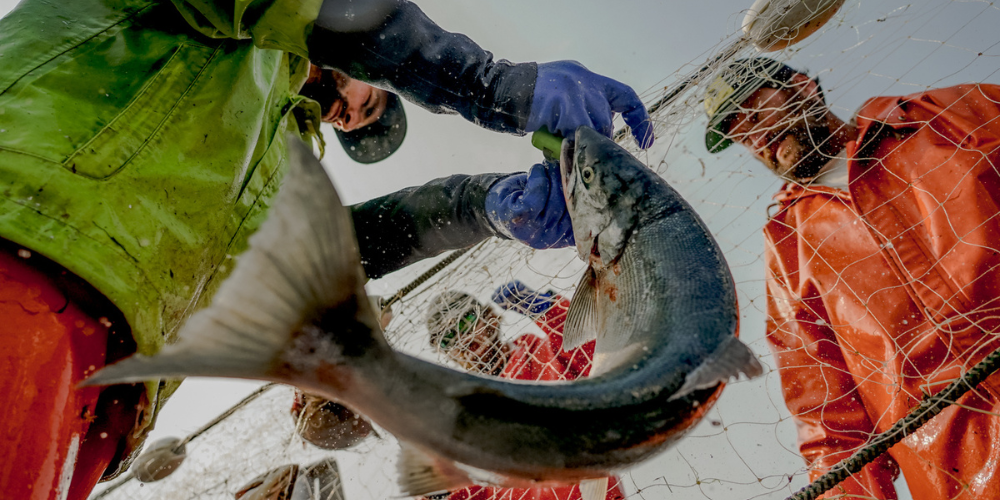 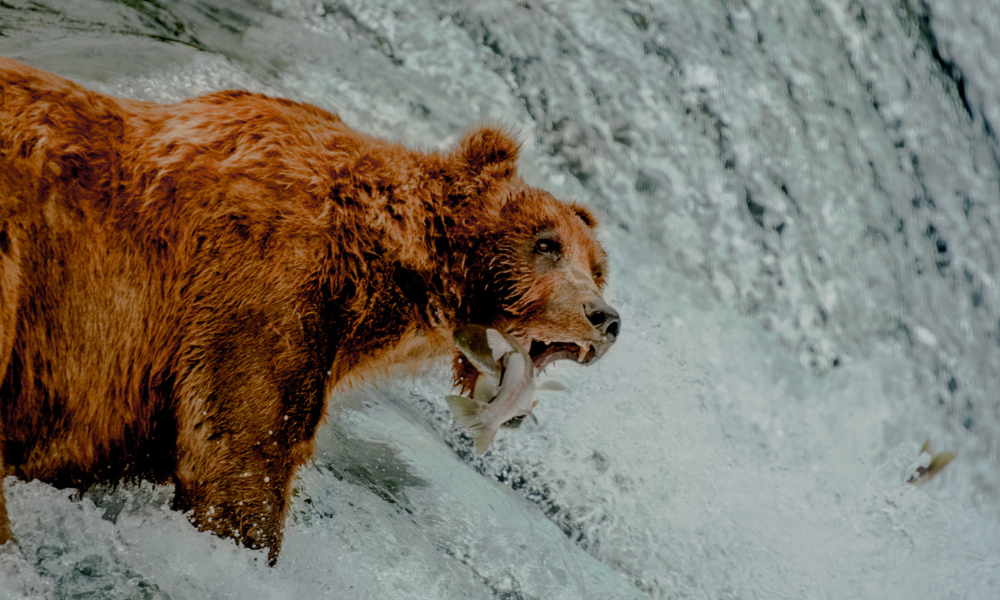 When I think about Bristol Bay I am reminded of the idea of celebration. The commercial harvesters, the sport fishing guides and everyone who descends on the region for the summer is celebrating the return of the Sockeye. The energy is contagious; reaching to every corner of the state of Alaska and trickling down into the lower 48 as the first filets hit the seafood counters, signaling warmer weather and family BBQ’s. 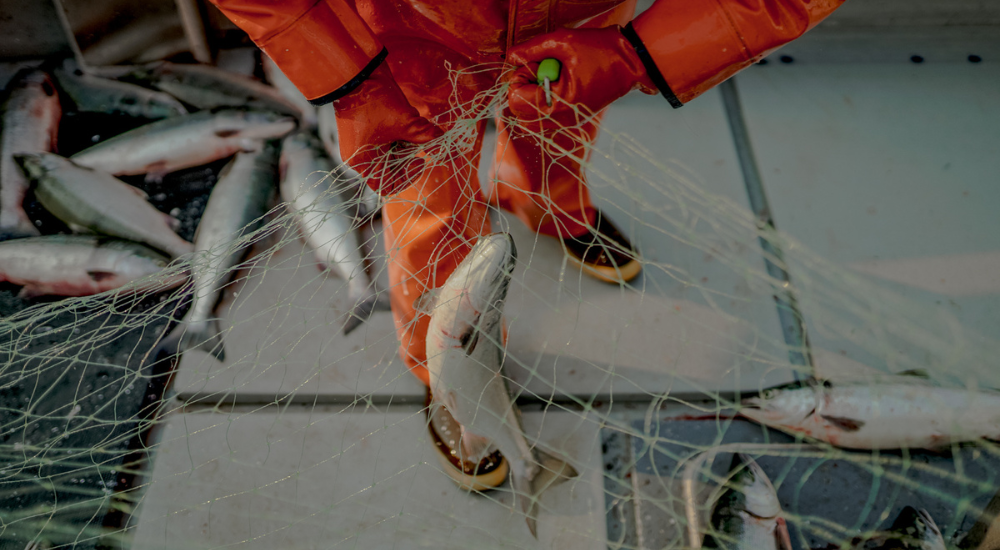 The record breaking runs year after year are a testament to the careful and dedicated management system that has been developed over decades. The effort comes from every harvester, processor, sport fisherman, scientist, researcher and documentarian who feels pulled to Bristol Bay for one reason or another.

I am returning to Bristol Bay in a matter of days, this time focused on a very specific mission that encompases every aspect of my passionate relationship with this part of Alaska. Once again, I am so grateful for every story telling opportunity that comes my way and I can’t wait to fill in more chapters of my Alaska love story. 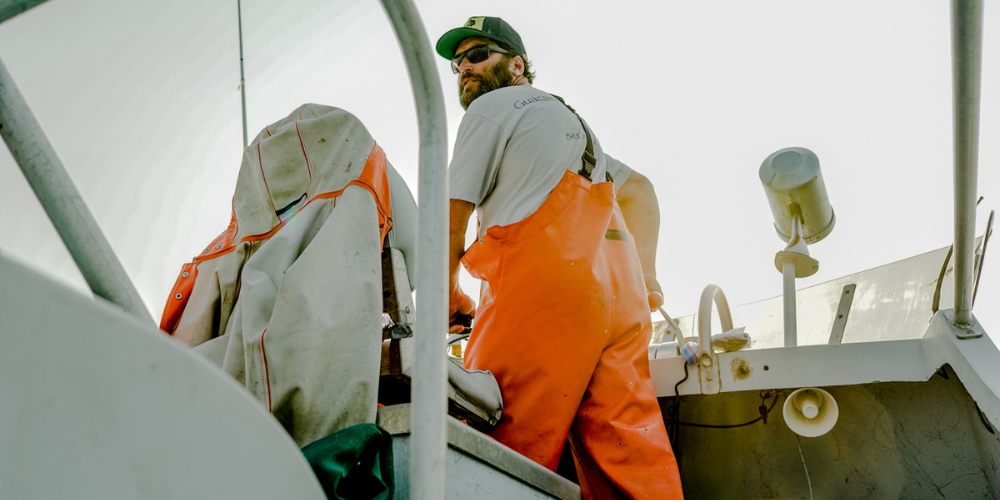 Bri Dwyer is an editorial and lifestyle photographer specialized in the commercial fishing industry. She has traveled throughout Alaska documenting different fisheries and working with clients such as Xtratuf, Alaska Seafood Marketing Institute and Trident Seafoods. “Shaping the narrative of the commercial fishing industry in a transparent, authentic and beautiful way is a priority for me." Her experience working in rural Alaska and on fishing boats gives her a ‘go-with-the-flow’ approach to shooting on location that allows for genuine interaction with her subjects. “Building trust with the people in front of my camera is imperative. I have to assume everyone has an aversion to being photographed if it’s not their job to be.” Bri lives in Seattle, WA with her husband, Sean, their daughter, Blakely and their 2 dogs.