Alaska Administrative Law Judge Z. Kent Sullivan issued a decision this week notifying the Alaska Department of Environmental Conservation that it was wrong to issue a Clean Water Act Section 401 Certificate to Donlin Gold because the project would not meet Alaska’s water quality standards.

The 78-page decision, handed down on Monday, April 12, is a recommendation to the state’s Department of Environmental Conservation in favor of Orutsararmiut Native Council. DEC Commissioner Jason Brune has 45 days to decide whether to adopt the ruling.

In August 2018, the Army Corps of Engineers issued a joint Record of Decision with the Bureau of Land Management authorizing the key Clean Water Act permit required for the Donlin Gold project. The approval was granted despite the fact that the Environmental Impact Statement revealed significant environmental impacts, including the destruction of salmon spawning habitats and releases of mercury into the air and water in excess of Alaska’s standards.

“Sovereign Tribal governments have a responsibility for the health and welfare of their citizens, lands, and self-governance,” said Orutsararmiut Native Council Executive Director Mark Springer. “There is nothing more important to Kuskokwim communities and their people than maintaining the subsistence way of life that has sustained them through millennia. This way of life depends integrally upon the salmon and smelt of the Kuskokwim River and its tributaries. The Donlin prospect, which is located upstream from these communities, if developed, would be a direct threat to water quality, to the many fish that traverse these waters, and to the Kuskokwim way of life.”

The Donlin Gold project site is about 175 miles northwest of the Pebble deposit and was pulled into the Pebble Tapes controversy in September. The tapes — recorded by people pretending to be potential mine investors — revealed alleged plans to use the Pebble infrastructure to open up other parts of western Alaska to mining, including the Donlin mine. With federal permits in place, it could become economically viable overnight if the Pebble project were approved.

The Army Corps staffer in charge of both permits was meeting regularly with former Pebble Ltd. CEO Tom Collier, so claimed Ronald Thiessen, president and CEO of Pebble parent Northern Dynasty, in one of the videos.

Collier resigned his position with Pebble Corp. after the release of the tapes.

“We encourage Commissioner Brune and the administration to take to heart the conclusions contained in this Proposed Decision, and ensure protection of salmon streams otherwise slated for destruction as well as the additional, noted, long term environmental impacts on the Kuskokwim River drainage and the communities within it,” Springer said. 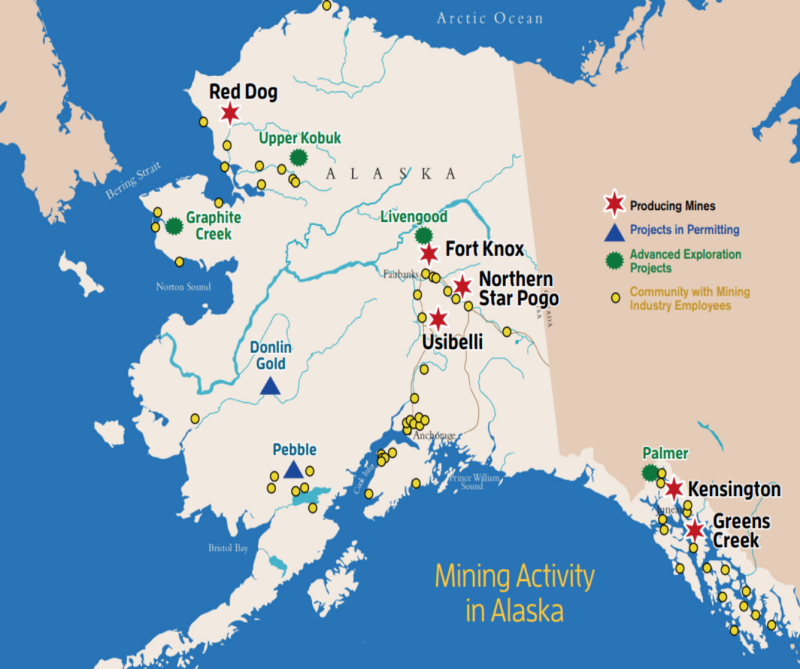 Donlin Gold is one of the largest known undeveloped gold deposits in the world, with probable reserves estimated at 33.8 million ounces of gold, according to the University of Alaska, Southeast Center for Mine Training.