We send our February issue off to the printer on Dec. 17, 2019, which would have been the 88th birthday of our late chairman, Horace A. Hildreth Jr., whom we all knew as Hoddy.

We received the news on Dec. 13 that Hoddy had died at his home in Falmouth, Maine, the night before, surrounded by his family, as he so often was. 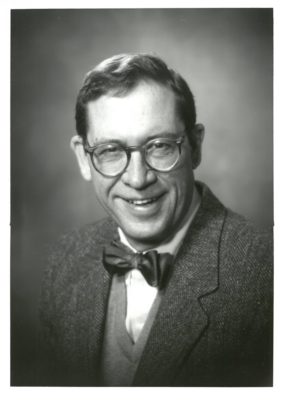 I met Hoddy in the elevator my first week at Diversified in 2006. I was not yet 30 years old, and I was admittedly a little terrified to speak casually with the chairman of the board. But then and always after, Hoddy eased my anxiety with a relaxed smile and his naturally jolly way. He was always easy to talk to, even when I was being difficult, as I am compelled to be from time to time.

Hoddy grew up in Cumberland and Augusta, Maine, the latter when his father, Horace A. Hildreth Sr., served as governor from 1945-49. At the end of his gubernatorial term, Horace Sr. purchased a license for a Bangor radio station that would become WABI television and eventually Diversified Communications.

National Fisherman began almost 100 years ago as a weekly newspaper column, called Maine Coast Fisherman. That evolved into a monthly paper of its own, first published in 1946. Diversified bought the monthly paper and then launched Fish Expo in Boston in 1970. That event later split into two trade shows, capturing the entire fishing and seafood industries, from boat to throat — Pacific Marine Expo in Seattle and Seafood Expo North America.

National Fisherman is now just a small part of the global media and events company that Hoddy molded during his many decades at the helm of Diversified. He left his own law firm in 1979 to take on the chief executive role here. Even after he retired from his official capacity, he kept an office, served on the board and came to work every day for years. The only thing that kept him away was his health, and that still didn’t stop him from serving as a voting member of the board even in his last days.

I’m not sure he knew this, but we all referred to him lovingly as Uncle Hoddy. He was that to hundreds of us who came up through the hawsepipe at Diversified, and we have him to thank for opening up a world of opportunities to so many of us here in Portland and around the globe.

There’s an old sailing expression that goes: Keep the people in the boat, and the water out of the boat. And that he did, right up to the end, always steering true.